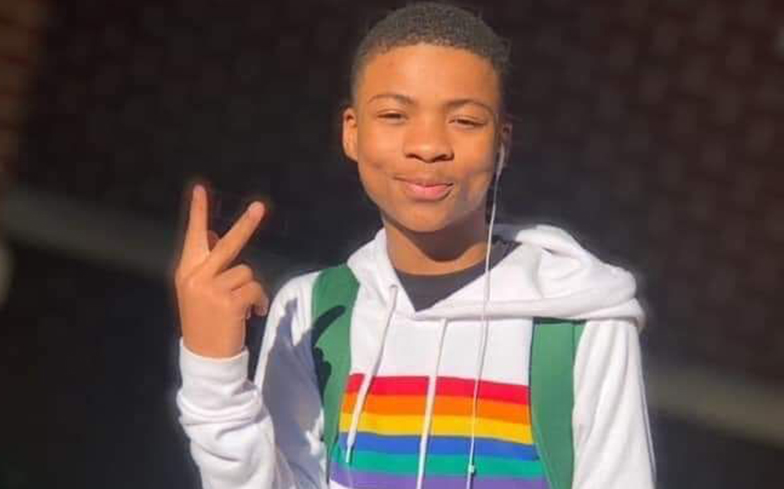 Nigel Shelby’s mother has spoken about her beloved son’s death.

Camika Shelby told local news outlet WAFF 48 she was “shocked” by the death of her son Nigel, a 15-year-old student at Huntsville High School who took his own life on 19 April after experiencing depression and homophobic bullying at school.

“Nigel was the sweetest child. He was so outgoing, he was always full of joy, full of light, he was always singing, always dancing. He wanted to be a performer so you could probably tell,” she said.

“I don’t want him to be remembered as a kid who was bullied for being gay and who took his own life. He was so much more than that. He was sunshine. He was just a great spirit to have around and it just breaks my heart because I feel like he had so much more love to give.” Camika recalled how her son Nigel came out as gay two years ago, but that he had trouble accepting himself and often ‘sank into a dark place’ as a result of his depression. She says bullying at school didn’t help him accept himself.

“Coming out at such a young age, it can be hard. You don’t know if you are going to be accepted. He didn’t know if I was going to accept him. He’s my child. I love him. I know him. So I already knew,” she said.

“With Nigel’s situation he was already struggling with his identity, so he was going through some stressful times. And depression is real. A lot of people don’t understand that depression really is a disease.

“And when you have a kid who is already depressed and going through a lot emotionally, for you to call him names that you shouldn’t call him or say stuff to them, it sometimes has a worse effect than it would on a child who is not struggling with depression.”

An online fundraiser which was started to help Nigel’s family cover funeral expenses has raised over $37,000 as of Friday, far exceeding the initial $10,000 goal. A candlelit vigil was also held in Huntsville on Sunday 21 April to remember Nigel’s life.