The next chapter for the world’s longest-running LGBTQ publication 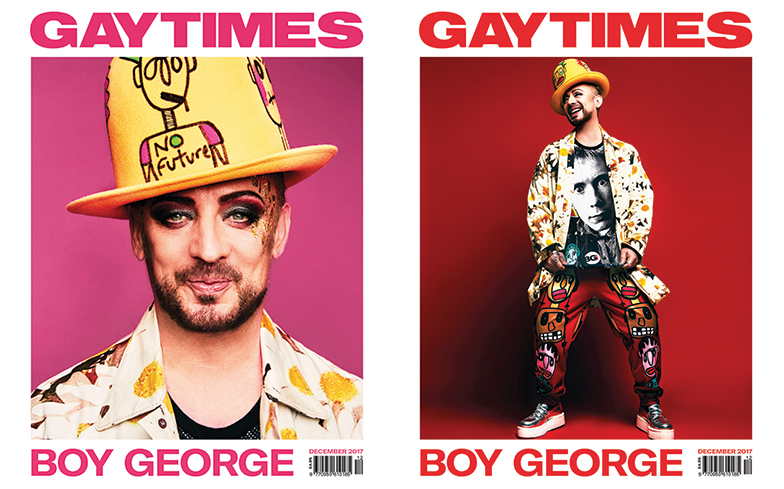 Today we are proud to relaunch Gay Times, in a move that will mark the most radical overhaul in our 33-year history.

It’s no secret that people don’t buy magazines as much as they used to. With so much free content on the web, a magazine has to offer something different and compelling if it’s to succeed.

So that’s what we’ve set out to achieve. We want to do something different, something unique. Something that will set us apart and ensure our position as a must-read title for a modern and diverse LGBTQ community.

To do it, we’ve reimagined what Gay Times could be. We’ve worked with the team at Visual Talent (the publishers of Wonderland) to give the magazine a fresh new look and have rebuilt it from the ground up.

But it’s the fresh content that we’re most excited about. We want Gay Times to be about change and relevance, about amplifying the oft-unheard voices from within our community. We want to be sexy, intelligent and insightful.

In our relaunch issue you’ll discover Boy George in conversation with Adam Lambert. George speaks about his upcoming Las Vegas residency show, releasing new music with Culture Club and finding inspiration. He also talks about his love for collaboration and reflects on how life has changed since he first covered Gay Times 30 years ago.

Elsewhere in this issue, Florida-based diver and social media star Aidan Faminoff discusses his decision to share his coming out story and explains why he sees himself as a role model. London’s esteemed drag queen Jodie Harsh offers her opinion on the closing of the capital’s queer spaces and shares why she’s not as political as her drag counterparts. Designer Henry Holland chats to Polari-prize nominated Poet Max Wallis to discuss their upcoming collaboration.

The issue also features a selection of personalised essays penned by individuals from every corner of the LGBTQ community.

I would like to thank the team at Gay Times, who have worked tirelessly to deliver our first ever Gay Times Honours, whilst also helping to get this re-launch issue finalised and sent to press.  Also, a massive thanks to Huw and the team at Visual Talent for their incredible creative and artistic direction.

Finally, we want to empower our wonderful and colourful community to share their stories..

So if you are an upcoming artist, poet, photographer, writer or you just have an interesting story to tell, then please get in touch by emailing us at submissions@gaytimes.co.uk.

We look forward to you joining us as we turn the page into the next chapter of Gay Times.

You can get your copy of the relaunch issue at our newly-launched Gay Times store, here.