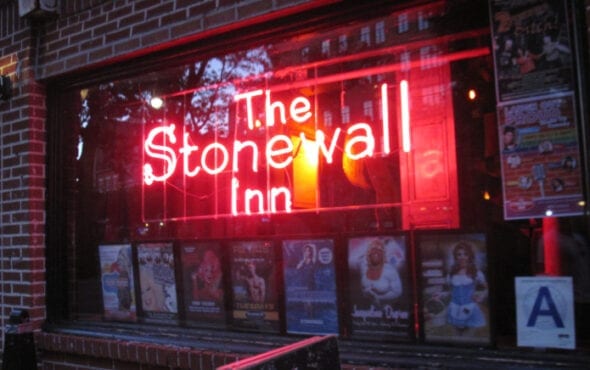 New York City’s famed LGBTQ+ Stonewall Inn said it would pour Bud Light and Stella Artois beer down the drain this week to protest corporate donations by the brands’ owner to conservative lawmakers who have backed bills targeting transgender rights.

The Greenwich Village bar, considered the birthplace of the US gay rights movement, said it would stop selling all alcoholic drinks made by the Anheuser-Busch brewer during June 25-27’s NYC Pride weekend.

According to data from Keep Your Pride, an LGBTQ+ campaign that monitors corporate donations, Anheuser-Busch has made 48 donations totaling $35,350 since 2015 to 29 lawmakers who have supported conservative bills on trans rights issues.

A spokesperson for Anheuser-Busch, the United States’ largest brewer, told the Thomson Reuters Foundation “our company and our brands are focused on making a positive and lasting impact when it comes to issues of equality.”

“We’re proud of our 22-year partnership with GLAAD… and we are proud to have received a perfect 100% score from the Human Rights Campaign’s Corporate Equality Index for LGBTQ Equality,” they said by email, referring to two US-based LGBTQ+ advocacy groups.

“You can’t turn your logo rainbow on social media, call yourself an ally, and then turn around and make donations that fuel hate,” Lentz said in a statement.

“There are really no excuses, and companies like Anheuser-Busch need to own up to what they’ve done,” she added.

More than 250 LGBTQ+-related bills have been introduced in state legislatures this year, with 18 signed into law, according to the Human Rights Campaign, an LGBTQ+ advocacy group.

The majority of the laws passed restrict trans children from competing in sports, while others ban medical care for trans youth and allow parents to opt their children out of LGBTQ+-related subjects in school.

Supporters of the laws have said they want to protect the rights of girls and women in schools’ sports and prevent young people from taking medical decisions they might later regret.