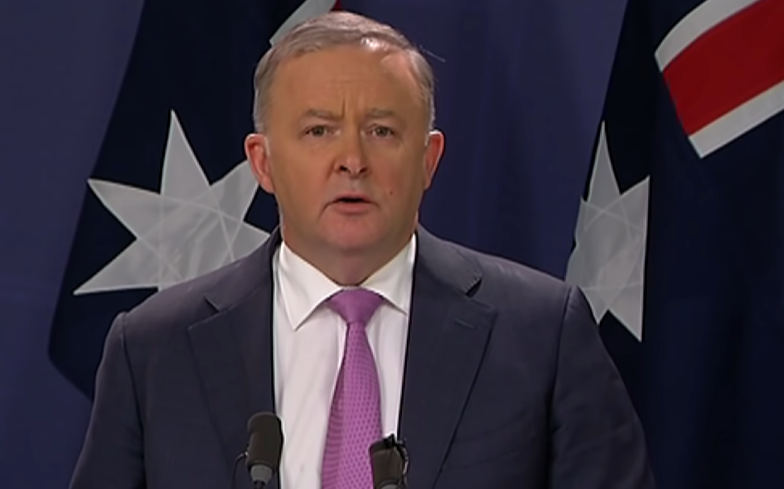 Anthony Albanese made the vow in opposition to the government’s Religious Discrimination Bill.

Anthony Albanese, the leader of the Australian Labor Party has vowed the party won’t “accept any discrimination” as the current ruling Liberal Party introduces a Religious Discrimination Bill.

It is feared that religious groups will use the bill to continue discriminating against LGBTQ Australians.

Speaking to Out in Perth, Anthony Albanese said: “We won’t accept any discrimination on the basis of – for example – people’s sexuality or gender identity. We won’t support a view that says it’s okay to discriminate against people.

He added: “Catholic priests have a right to not conduct marriage ceremonies if they want, but that’s very different to the the idea of discrimination on the ridiculous debate about baking cakes, and all this nonsense – which is all about bloody discrimination.”

Despite defending a priest’s right to not marry, he did slam the view of protecting the belief of ‘praying away’ your sexuality.

“Because that is seeking to impose their views on people,” he said of the matter. “It also sends such a harmful message to young people coming to terms with who they are, to have people in society suggest that it’s optional.

“It’s like on Israel Folau question, all the reasons why most of us are going to hell, many of them are optional. It’s optional on whether you engage in adultery or those sins. It’s not optional what your sexuality is, who you are, and that’s why it’s bigoted, and it needs to be called out as such.”

However, despite his pledge against discrimination, Albanese was criticised by some groups for dropping a Shadow Equality Minister from his Shadow Cabinet.

Defending the move, he said: “I saw that as a step forward, because everyone’s job is equality.

“I mentioned equality on the basis of gender, class, race and sexuality in my first speech in 1996. That was a time when people weren’t doing that. The first private member’s bill I introduced into the parliament was about same-sex superannuation, and I introduced that four times and campaigned strongly for it.

“What we don’t do is marginalise that in terms of one person, whose is not a senior person. That’s my job. It’s Penny Wong’s job. It’s Richard Marles’ job. It’s the Labor Party’s job.”

The Labor Party had pledged to ban gay ‘conversion’ therapy in the country had they won the May election. The Party had been working with survivors on how to implement the ban, however in the election they failed to win, leaving the ruling coalition with a two seat majority.