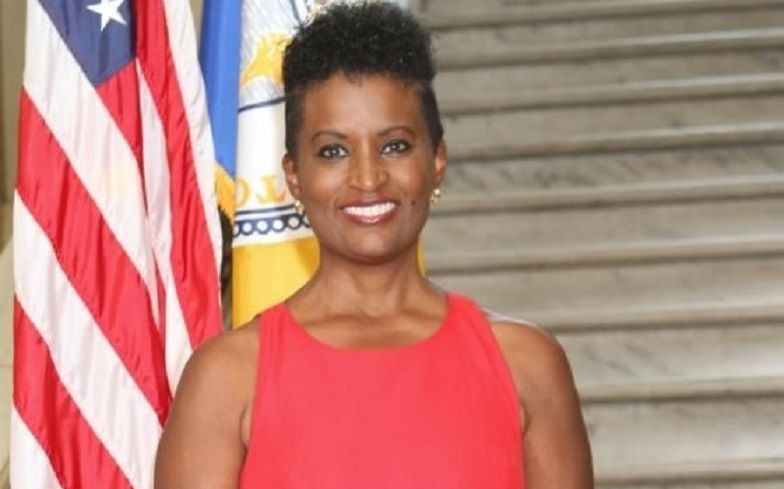 Councilwoman Robin Vaughan made the remarks in a heated meeting.

Robin Vaughn, a councilwoman from Trenton, New Jersey, is refusing calls to stand down after she went on a homophobic rant and accused the gay Mayor of being a “paedeophile”. She also claimed that another councilmember, Joe Harrison, engaged in sexual acts with the Mayor.

The rant came after Mayor Reed Gusciora asked her to clarify a tweet in which she claimed he supported “do nothing nonprofit organizations.” During the rant, she also called Mayor Reed a “woman” and a “bitch-ass” according to audio heard by NJ Advance Media.

Mayor Reed told the publication that her rant was normal for her, saying: “This is pretty much par for the course, unfortunately, for the councilwoman. She went on a complete meltdown, a tirade.”

He said that she often went on rants when someone disagreed with her. In a statement, he added: “Councilwoman Vaughn is unfit to serve the people of Trenton.

“There’s no need to parse words here: for her hateful anti-LGBTQ language and defending the anti-Semitic slurs of others, she must resign. Her words are an attack on the diversity of Trenton’s community, the city’s elected leadership, and our state as a whole.

“Any decent-minded New Jerseyan who believes in the success and future of our state’s capital should denounce this hateful rhetoric and call for her to step down immediately.”

Her comments failed to be condemned by fellow council members. Five members out of the seven voted that she should only be given an administrative notice. After the vote, councilmember Jerrell Blakely called the members “simply cowards” and “a slew of bigots” for not taking further action.

Annise Parker, the CEO of the LGBTQ Victory Fund, said: “Trenton, like the rest of the nation, is in the midst of a pandemic and it is sad an important coronavirus briefing among elected officials would devolve into such pandemonium.”

She added that the councilwoman’s words would have an impact on the LGBTQ population of Trenton, before saying: “But what is clear is that Vaughn is toxic and unfit to serve in an elective body.”

And Jon Oliveira, from the advocacy group Garden State Equality, said: “Mayor Reed Gusciora has faced adversities serving not only as the first LGBTQ mayor of the state but as the first openly LGBTQ member of the state legislature and has had to repeatedly beat back homophobic remarks like Vaughn’s.

“This is why we will stand by the mayor and are calling for Vaughn’s resignation.”

In a social media statement, Vaughn apologised for her remarks, writing: “I apologize. That must be the first thing you hear from me.

“I am deeply and specifically sorry for the language that has offended so many. It was also not my intent to attack anyone on the basis of any classification or personal preferences, but I should have been more sensitive to the potential implication of my words and how they might be perceived.”

However, in a text message, she refused to resign, saying: “I will not resign. I am 100% self-funded and elected by the people.”

She added: “I was out of order, and as a result, we were collectively ineffective in delivering the critical information that is paramount to the safety, care and well-being of our communities in the midst of the coronavirus pandemic.”

This isn’t the only controversy that Vaughn has faced while in office. She previously defended an anti-Semitic remark from another councillor, Kathy McBride, when she said “Jew her down” in response to a state attorney. Vaughn later apologised for her defence of the comment.