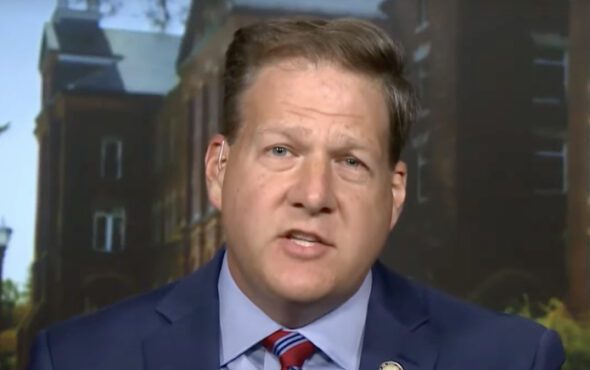 The governor of New Hampshire, Chris Sununu, has promised to veto the state’s harmful anti-LGBTQ+ bill in a new statement.

Over the last few months, anti-LGBTQ+ legislation has been sweeping across the United States.

From numerous ‘Don’t Say Gay’ bills to the array of anti-trans bans regarding sports and gender-affirming care, the hate towards the community has taken over the political landscape.

New Hampshire is one of the most recent states that have joined the attack on LGBTQ+ individuals.

On 19 May, conservative lawmakers in the state’s House of Representatives and Senate agreed to advance the controversial House Bill 1431 for a vote in both chambers.

Under the heinous bill, schools would be tasked with creating policies that require staff to out closeted LGBTQ+ youth to their parents or guardians.

In response to the alarming news, governor Chris Sununu released a statement in which he promised to veto the harmful bill.

“This bill as written creates numerous challenges for kids,” he said. “I share the concerns of the Attorney General and as such, will veto the bill if it reaches my desk.”

Before House Bill 1431 was finalized for its impending vote, lawmakers struggled to agree on the legislation – which resulted in a tense meeting between the negotiation committee.

During the aforementioned session, Democrat senator Becky Whitley warned that the bill would be harmful to students that come from conservative homes.

“I think that this bill is antithetical to all the work we have done in the state to ensure that individuals in this community, in the LGBT community, can live a life free from discrimination and be safe in all communities,” she said via the New Hampshire Bulletin.

However even after expressing opposition, DeSimone “begrudgingly” voted for the harmful legislation.

“I think there needs to be more work done to protect the kids who do not have what every kid deserves in a parent,” she said after the meeting.

The vote on House Bill 1431 is set to take place in the state’s House and Senate on 26 May. If it passes in both chambers, the bill would then head to the desk of Gov Chris Sununu.