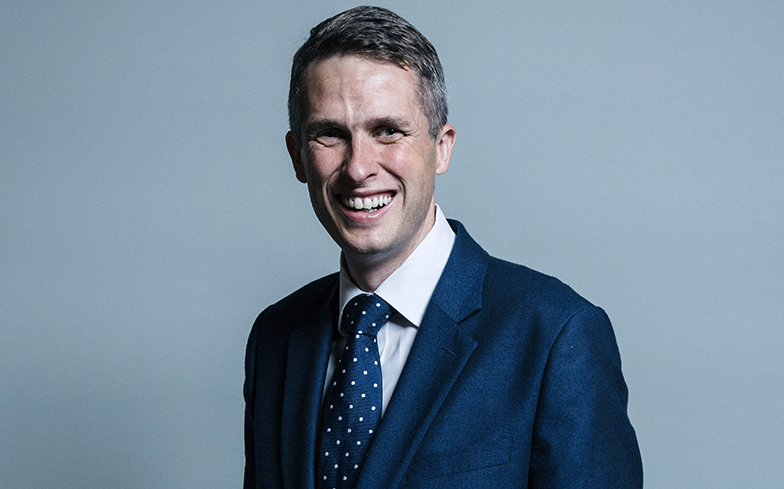 The new Education Secretary, Gavin Williamson, has followed in his predecessors footsteps, by backing schools that have faced protests over lessons that involve LGBTQ-elements.

In some of his first remarks as Education Secretary, The Times education supplement reports Williamson as saying: “Firstly, we shouldn’t be seeing protests outside any schools. We want to make sure all pupils, parents and teachers are able to go to those schools freely without any form of intimidation.

“We will be there supporting and backing every single school – that’s what we have been doing.

“The purpose of it is we wanted to make sure every single school is able to teach about Britain as it is today – but also have the flexibility to ensure that it has an understanding of the communities which it operates in.”

However, he ruled out meeting Sarah Hewitt-Clarkson, the headteacher of Anderton Primary School where a lot of the protests have been held. “What we’re doing is we’ve been very focused in making sure that we deliver financial settlement in terms of every single school across this country,” he said when asked about meeting her.

“We’ve set out quite clearly in terms of legislation and in terms of delivery of sex and relationship education and that’s there for all schools to deliver and will be rolled out over the coming year.”

Over the past few months, primary schools have faced anti-LGBTQ protests over the teaching of No Outsiders, and other lessons involving the LGBTQ identity.

Many have spoken out against the protests, that led to Parkfield Primary school suspending the lessons for a limited time. The school has since reinstated them under a new title, “No Outsiders for a Faith Community”, which will be introduced in September.

Unfortunately, the protests show no sign of ending, and with new relationship guidance to be in effect next year, which includes LGBTQ relationships, anti-LGBTQ groups are planning nationwide protests.