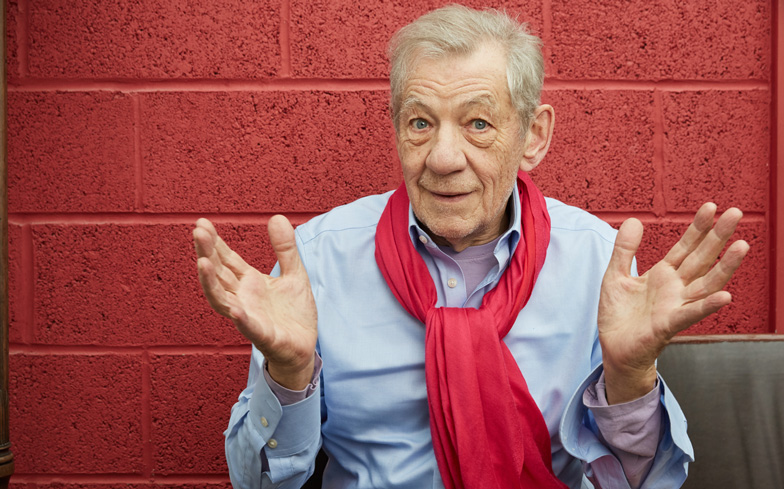 Three years after Sir Ian McKellen met Sir John Major, the age of consent for same-sex couples was lowered from 21 to 18.

Government files released by the National Archives have shone light on a meeting between Sir Ian McKellen and the then Prime Minister John Major in September 1991.

During the meeting, the pair discussed LGBTQ rights, with Sir Ian highlighting how the police targeted same-sex couples. “If two men merely showed affection for one another in public, they could be charged under the gross indecency laws or for a breach of the peace,” he told Major.

A government note said that this was an “extreme reading of the law”, but it did confirm that the police would use this loophole to target same-sex couples.

The main concerns that Sir Ian raised with Sir John Major during the meeting were criminal law, police harassment and “abusive language in the press.” And three years after Sir Ian had met the Prime Minister, parliament voted to lower the age of consent for same-sex couples from 21 to 18. Officials were told that Sir Ian “lacked self-confidence in discussing these issues and might be slightly overawed by a meeting with the Prime Minister,” and so the meeting between the pair was an informal one.

Following their meeting, Sir Ian wrote to Sir John, saying: “It’s been encouraging to note the overwhelmingly positive response throughout the media.

“There seems to be a general acceptance that the concerns of lesbians and gay men should now be firmly on the political agenda.”

Major’s response said: “I too was pleased to see the generally positive response in the media – although I am afraid that my postbag has contained more critical than sympathetic letters.”

And following his meeting with Sir Ian, Sir John Major wrote: “I have to say that, whilst fully recognising the sensitivities of the subject, I had considerable sympathy with some of Sir Ian’s points on the grounds of simple, straightforward equity.”

Earlier this year, when asked about his views on Donald Tr*mp, Sir Ian did not hold back, saying: “He’s so illiterate. He displays his inadequacies every time he opens his mouth, I’m afraid.”

And batting away comparisons between the president and Sir Ian’s interpretation of King Richard III, Sir Ian said their only similarity was an “innate inadequacy.”

Related: Sir Ian McKellen is the recipient of the Gay Times Honour for Lifetime Achievement