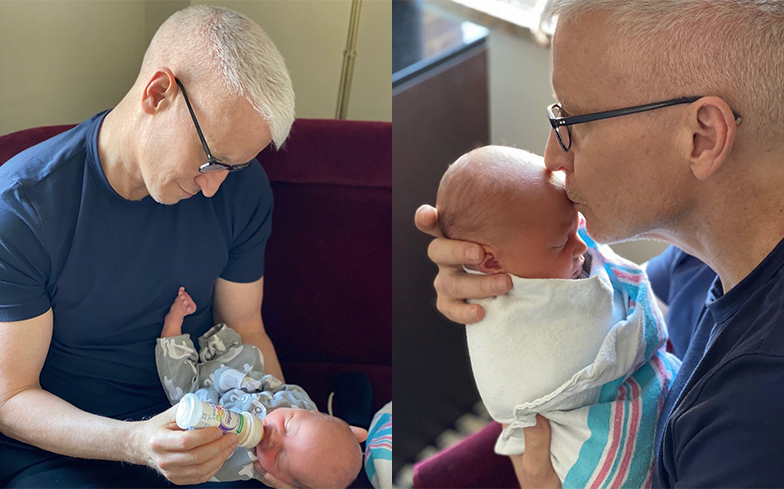 New dad Anderson Cooper has opened up about being gay and being a parent in an interview on the Ellen DeGeneres Show. The CNN host announced the birth of Wyatt Morgan Cooper at the end of last month.

Anderson was making his first appearance on the show since he came out in 2012, and revealed that he and Ellen had spoken privately about his sexuality when he made his 2010 appearance.

When asked whether coming out was a “freeing moment” for him, Anderson replied by saying: “Well, I came out in high school to my friends and family and was open at work, but, yes, in a public way, I was not.

“I hadn’t made a statement about it. I never said I wasn’t gay or tried to hide it or pretend anything else. I just didn’t want to talk about it.”

He said things changed when he began a relationship with a French nightclub owner in 2009, saying: “It got to the point in my life where by not saying something seemed like I was saying something.

“By not saying something, it seemed like I was indicating that I was somehow ashamed of something or not happy being gay. The complete opposite has always been the case.”

Anderson went on to say he wished he’d come out “sooner” but admitted: “It’s made things more difficult where I work and where I travel.

“I travel to a lot of countries where it’s illegal and they kill people because of it, or jail them, so that’s something I have to take into consideration, but I wouldn’t change it for the world.”

And Anderson also spoke about his newborn son, saying: “I am blissfully happy. I can’t stop smiling.

“I was actually going into work up until a couple of days before he was born. But now I am working from home and it’s just amazing. I just stare at him and can watch him for hours and hours.

“He goes through a whole range of emotions on his face when he’s sleeping. It’s better than Netflix.”

You can watch the full interview here or below.