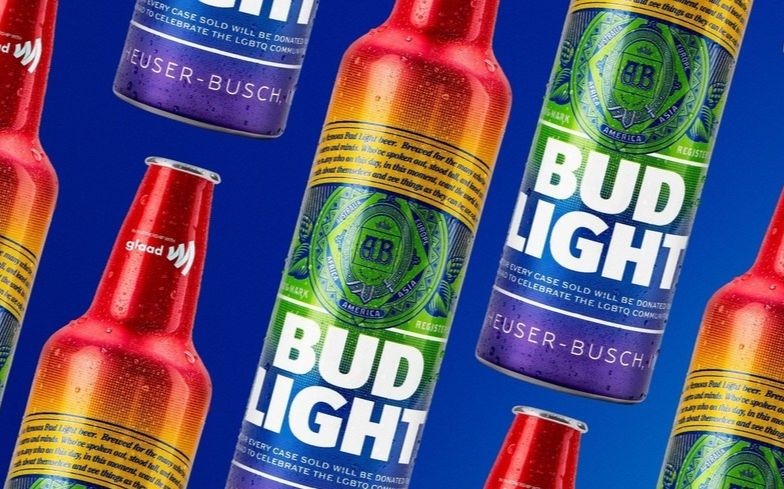 Bud Light has announced a limited edition bottle that will be sold across bars in the United States with $1 from every case that is sold going to to GLAAD. The bottles were unveiled at the GLAAD Media Awards.

Andy Goeler, the vice president of marketing for Bud Light, said: “Bud Light has been a supporter of the LGBTQ+ community since the 80s and we are excited to continue our long-standing partnership with GLAAD by collaborating with them on this new commemorative bottle that celebrates the LGBTQ+ community and everything GLAAD does to support it.

“The way we see it, our beer is for everyone to enjoy, so we are looking forward to seeing Pride bottles at bars throughout the month of June and beyond.

“With the release of these new bottles, we hope to create something that everyone can feel proud to hold during Pride month that also makes a positive impact for GLAAD’s initiatives and the LGBTQ+ community overall.”

Zeke Stokes, the chief programs officer for GLAAD welcomed the new move, and the support that Bud Light has given to the community. “For twenty consecutive years, Bud Light has partnered with GLAAD in its mission to accelerate acceptance of LGBTQ people,” he said.

“Bud Light stood with the community at a time when many brands did not, and their continued outspoken support sets the bar for other global brands.”

Several other companies are now promoting Pride ranges as Pride month draws closer. Converse announced for the first time their Pride range would include a design modeled after the transgender flag, and as customisation options are available other pride flags like the bisexual or lesbian ones can also be made.

DC Brau also announced it would be selling 28,000 cans featuring a design of the trailblazing activist Marsha P. Johnson. Proceeds from the sales of the cans will be donated to SMYAL, a charity that helps LGBTQ youth, and The Blade Foundation, which helps fund LGBTQ journalism.