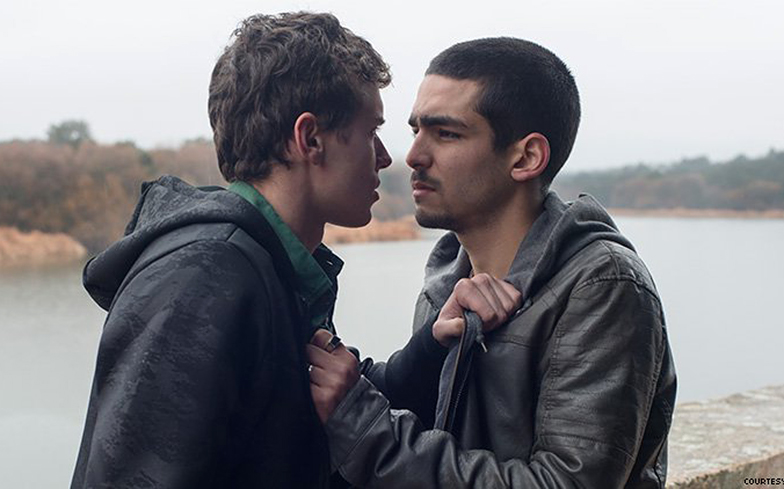 Netflix has no time for homophobia.

The streaming giant recently shared a photo on Instagram of same-sex couple Omar and Ander from their new hot property Elite, a Spanish TV series which follows the culture clash as three working-class teens enrol in an exclusive private school.

“The only thing I want is to be with you,” Netflix captioned the photo, alongside the hashtag #Omander, which is the ‘ship’ name that viewers have given to the adorable couple.

While fans of the show have been rooting for the fictional relationship, some bigoted trolls took offence at the image, and began leaving homophobic comments on the post – but it didn’t take long for Netflix to hit back hard.

“Get the fuck off my Instagram. Not ever[y] person on the planet is gay. You are trying way to hard,” wrote one anti-gay Instagram user.

So how did Netflix respond? With hundreds of rainbow emoji and the comeback: “Sorry couldn’t read your comment while surrounded by all these beautiful rainbows.”

I despise ignorant fucks like Judas.
Don’t be a Judas. pic.twitter.com/e7ZvzFeqpL

Whoever is running Netflix’s social media deserves a raise.

The streaming service has a long history of providing LGBTQ representation, with hit shows like Orange Is The New Black, Grace & Frankie, Dear White People, 13 Reasons Why and Sense8 putting queer characters front-and-centre.

And that list is about to get even bigger, as their upcoming series Chilling Adventures of Sabrina, a darker reimagining of 90s classic Sabrina the Teenage Witch, will feature a pansexual warlock (that’s a male witch) and a non-binary character.