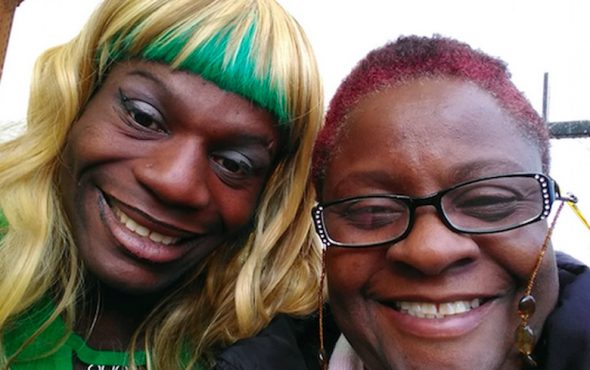 Hundreds of thousands of people are demanding answers in the suspicious death of Tete Gulley, a Black trans woman.

On 27 May 2019, the body of 31-year-old Tete was found hanging from a tree near a homeless camp site in Rocky Butte Park in Portland, Oregon. Although her death was ruled a suicide, her family believes there was “foul play”.

The protests and demonstrations that have recently erupted across the world in support for Black Lives Matter and Black Trans Lives Matter has reinvigorated interest in Tete’s death, with over 670,000 people signing a change.org petition.

Tete’s mother, Kenya Robinson, said her daughter did not have suicidal thoughts and expressed no desire in harming herself.

“I know he did not commit suicide, no doubt about that. For them to say that he committed suicide, it’s just hard to believe because he was just so full of joy regardless of what was going on around him,” she wrote on the petition.

(Although Tete went by she/her pronouns, her family still refer to her as he/him and her dead name, Otis.)

Tete’s sister shared that sentiment, stating: “They’re not doing what they’re supposed to. My brother wasn’t suicidal. He wasn’t the type of person to harm himself. He’s never harmed himself in the history of time.”

Tete’s family believe she was murdered and hung from a tree to make it look like a suicide, and that other homeless people in the area had witnessed it. The statement claims that a video was taken of her death, and that the PPB (Portland Police Bureau) have failed to allocate sufficient resources in locating it and bringing her killer to justice.

“Many claim that Tete had been murdered by an individual with a history of violence, especially towards trans women. This individual has been previously dismissed by the police,” the statement continues. “The PBB has been negligent in this investigation by failing to seek witnesses and properly question key suspects. The lack of urgency and professionalism is unacceptable by any local official or government entity of the United States of America.

“We demand that the PPB seek the video evidence and speak to each and every witness and suspect as a homicide investigation. Tete’s family now feels unsafe, as well as a large portion of Tete’s former homeless community.”

Tori Cooper, HRC director of community engagement for the Transgender Justice Initiative, said in a statement: “The details of Titi Gulley’s death must be thoroughly investigated and handled with the utmost care.

“It is disgusting that local authorities were so quick to rule this case a suicide — forcing a grieving family to do their own work to convince police to care about a Black, transgender woman who was experiencing homelessness.

“Black Transgender Lives Matter. We must do more to end this epidemic of violence that is killing more and more beautiful lives. To every Black trans person reading this: You matter. You have value and you make the world a better place by being here.

“These disgusting crimes are terrifying — I’m terrified too. But never believe that your existence is less than any other person.”

Tete’s death is now believed to be the 27th known murder of a trans or gender non-conforming individual of 2019 in the United States. A majority of these victims were Black trans women.