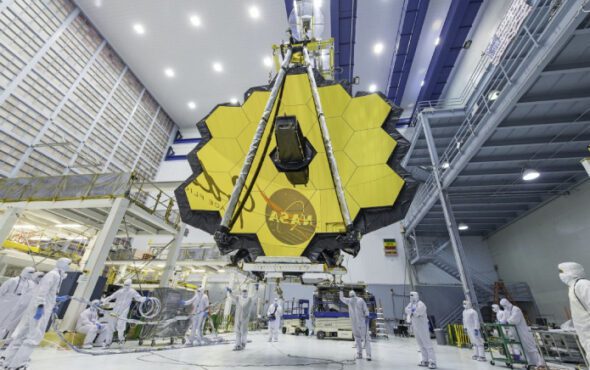 NASA has announced plans to name their state of the art telescope after the accused anti-LGBTQ+ figure James Webb.

The news was announced by NASA administrator Bill Nelson in a statement to NPR.

“We have found no evidence at this time that warrants changing the name of the James Webb Space Telescope,” he said.

The impressive device, which is set to launch in December, has been described as the most powerful and largest telescope ever created.

Viewed as the successor to the historic Hubble, the new telescope will have the ability to examine atmospheres from planets orbiting distant stars and see light from the earliest galaxies in the universe.

Nelson’s statement comes after 1,200 scientists organised a petition calling for Webb to be removed from the groundbreaking device.

The request was made when unsettling evidence came out that he allegedly took part in the Lavender Scare – a “purge” of LGBTQ+ government employees between the 1950s and 1960s.

According to a report from Scientific American, during Webb’s time as the undersecretary between 1949 to 1952, he drafted an array of memos that discussed “the problem of homosexuals and sex perverts.”

Shortly after the complaints were made, the space organisation launched an investigation into “Webb’s role in the government.”

Details on how NASA conducted their investigation have remained tight-lipped – which has caused speculation regarding its accuracy.

Chanda Prescod-Weinstein, who was one of the authors of the petition, said she felt “gaslit” by the result of the investigation.

“I have to tell you that I’m concerned that they have chosen not to be public about this,” she told NPR.

Prescod-Weinstein, who has served as a member of multiple NASA collaborations, went on to say that she’s “basically a NASA fangirl.”

“And so this is particularly hard for me, to feel like I’m being gaslit by the agency that I have spent my career looking up to, and that I have committed parts of my career to.”

Even though many have expressed concern with the investigation, NASA’s senior science communications officer Karen Fox has double downed on its result.

“We’ve done as much as we can do at this point and have exhausted our research efforts,” Fox wrote in an email to NPR. “Those efforts have not uncovered evidence warranting a name change.”

‘”We have found no evidence at this time that warrants changing the name of the James Webb Space Telescope,” says NASA administrator Bill Nelson.’