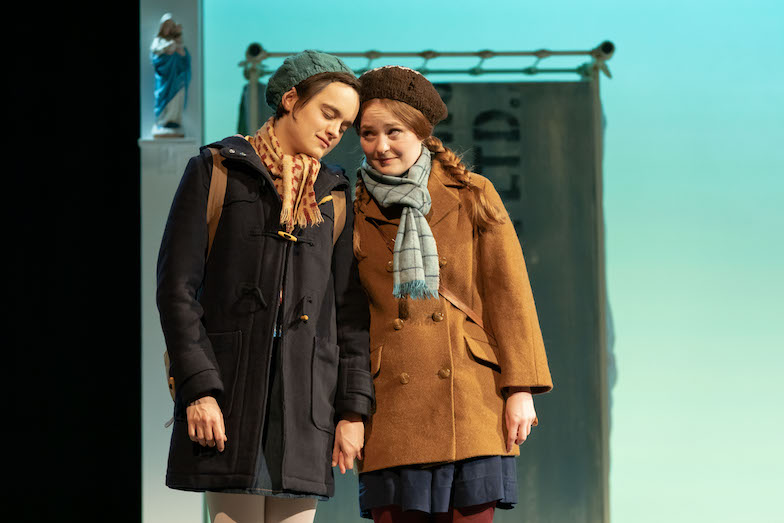 Napoli, Brooklyn tells the story of the Muscolinos, a family of first-generation Italian immigrants who have settled in New York. Set during the early 1960s, the trio of rebellious sisters and feisty mother start to push back against the controlling father figure and, more broadly, attempt in their own ways to overthrow the patriarchal society they find themselves in.

The play also features a story line involving daughter Francesca and lover Constance planning to elope to France together – which would have been scandalous at the time – and an unexpected, life-changing disaster just before the interval. As a result, there is certainly enough going on in the plot to hold our attention for the two-hour duration.

Sadly, it’s just not all that well executed, and the majority of the events that unfold are entirely predictable. From the off, the play is riddled with clichés, including a number of highly questionable and occasionally irritating accents. These are less characters, more caricatures, which makes it difficult to care when a poignant or a passionate moment arrives.

It also doesn’t seem to know entirely what type of show it wants to be. There are a handful of very funny moments which land well with the audience – if it was played more as a comedy, perhaps it would have been more successful. Unfortunately, for the most part it takes itself far too seriously, which makes the comic moments feel a bit out of place.

It’s a shame as Napoli, Brooklyn has plenty of potential – there’s lots going on in the story, and it explores a range of key themes including gender, sexuality, race and religion, which could have been really engaging and topical. Instead we’re left with an entirely predictable show which, aside from a handful of humorous lines, doesn’t really have much going for it.