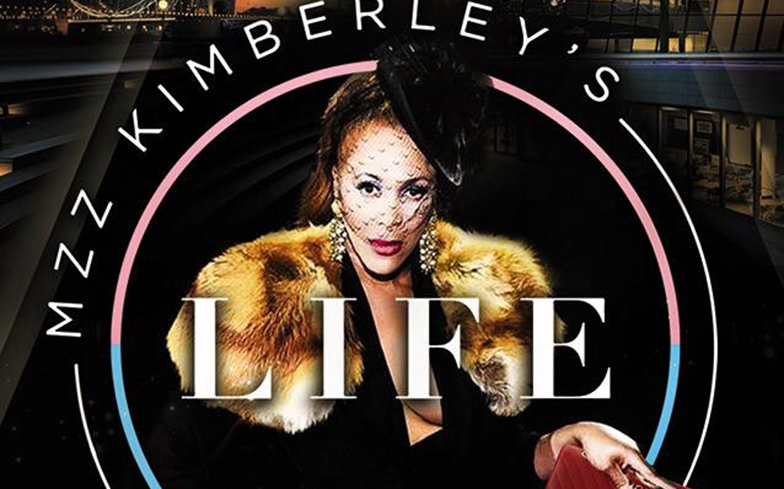 “Stamping out transphobia one strut at a time!”

Actress, singer and trans activist Mzz Kimberley is inviting you to LIFE, a charity fashion show with trans models and performers to raise money for CliniQ – the first holistic and sexual health service by trans people for trans people.

The show will be produced by Mzz Kimberley and Kayza Rose (operations director) and held at the Mayor’s Office in City Hall on 13 September. It will be hosted by trans Muslim Sabah Choudrey, co-founder of Trans Pride Brighton in 2013 and winner of Best Trans Event in Brighton.

Their aim is to raise £100,000 and awareness for the trans community, who experience extraordinary levels of violence in comparison to other people under the LGBTQ umbrella. (This year alone, 16 trans killed have been murdered in the U.S.)

Since 2012, CliniQ have established an international reputation by helping improve the health and well-being of trans and non-binary people – they focus on sexual health, HIV/AIDS and the “language of inclusion when campaigning for PrEP availability”.

They have worked with Public Health England and British Association of Sexual Health and HIV on Guidelines for trans health services, and were ‘highly commended’ by the NHS as ‘Inclusive Team of The Year 2016’.

As well as taking over the Mayor’s Office with a trans fashion show, the event will also include a raffle to win a holiday for two in Cannes and an auction for one-of-a-kind celebrity items, including a painting by David Curtois and a suit from Graham Norton.

The clothing and accessories for the show will be provided by Wandsworth Oasis, an organisation that aims to challenge stigma towards those living with HIV. Over the past days years, they have raised over £350,000 in grants to HIV-related projects.

Makeup and hair will be managed by Gozra Lozano and the amazing team behind BAMM FASHION. Gozra has been in the industry for nearly two decades and has worked in shows for Vivienne Westwood, Calvin Klein and Alexander McQueen.

Professor Caryn Franklin MBE said of the event: “Clothes and image are a powerful statement of the person within. We all dream of who we wish to be and feel better connected to that person through the garments we inhabit.

“I’m thrilled to support CliniQ, trans people and their communities, in the staging of the Trans Fashion Extravaganza. I know it will be an evening dedicated to fun, fantasy and of course drama but just as importantly exchange and inclusivity.”

The event is free to attend – sign up here – and is proudly supported by Pride in London, with drinks provided by Barefoot. Click here to support and donate to CliniQ’s campaign and the all-trans fashion show.