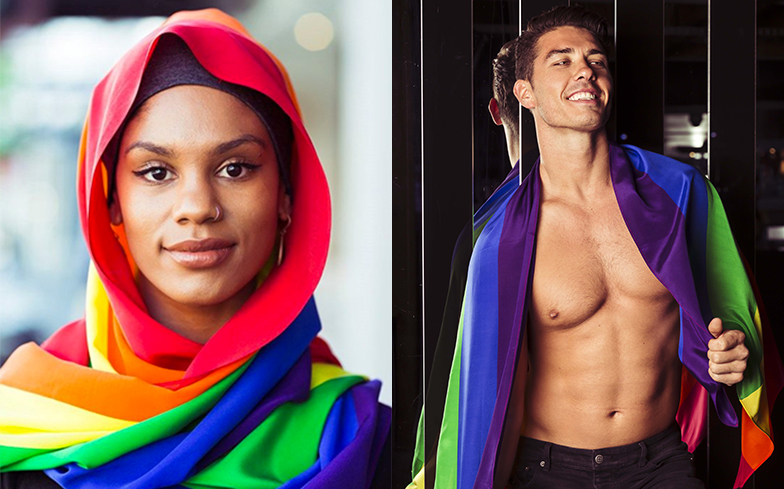 Now this is how you celebrate with pride.

MOGA, a Muslim-owned fashion label based in Australia, has relaunched a rainbow-coloured headscarf in support of LGBTQ equality as people from around the world flock to Sydney for their annual Mardi Gras celebrations.

The scarf was originally created last year as Australians took part in an ongoing postal vote on the legalisation of same-sex marriage, which of course passed in an overwhelmingly positive vote in parliament.

The original scarf sold out in just six days, but the South Yarra-based company saved the last one to deliver to former Australian Prime Minister Tony Abbott, who was vehemently opposed to legalising same-sex marriage.

Now, to celebrate the 40th anniversary of Sydney Mardi Gras, MOGA have relaunched the scarf, which is made from 100% silk crepe de chine, and it’s available top buy at their ASOS boutique for £45.

According to MOGA, it’s the first time a Muslim-owned fashion brand have launched a Mardi Gras campaign.

“Our campaign aims to highlight the diversity of crowds who attend the Sydney Mardi Gras each year, which includes members of the LGBTQ community and their many supporters and allies,” said the company’s founder, Azahn Munas.

“We also wanted to celebrate the diverse nature of our fans, who range from trendy Muslim ‘hijabsters’ to festival goers to drag queens, who all love our bold and colourful designs.”

The headscarf is available from the South Yarra-based company’s ASOS boutique for £45, and is made from 100% silk crepe de chine.

“And if anyone tries to rain on your parade, always remember that people, regardless of their race, gender or sexuality are equal and are always welcome to love,” Azahn added.

To find out more about MOGA and their products visit their website.