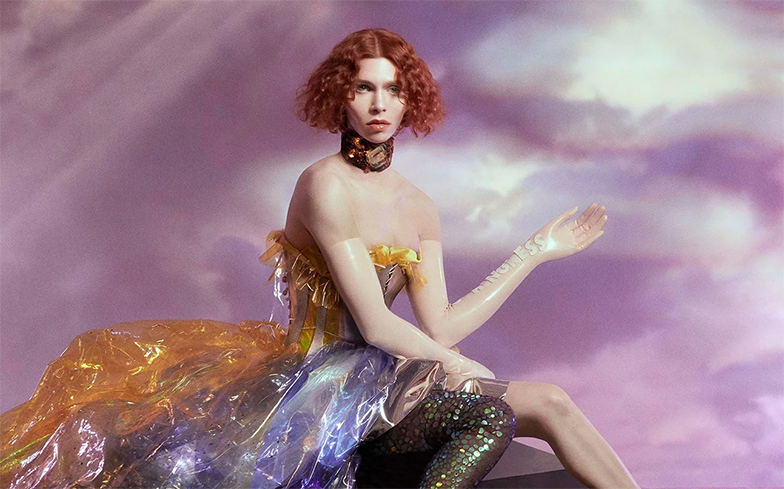 The musicians’s management confirmed that she died this morning (30 January).

Scottish musician and producer SOPHIE has sadly died in a “sudden accident” it’s been confirmed. The musician’s management confirmed the news in a statement.

“It is with profound sadness that I have to inform you that musician and producer SOPHIE passed away this morning around 4am in Athens, where the artist had been living, following a sudden accident,” they said.

“At this time respect and privacy for the family is our priority. We would also ask for respect for her fanbase, and to treat the private nature of this news with sensitivity.”

The statement added: “SOPHIE was a pioneer of a new sound, one of the most influential artists in the last decade. Not only for ingenious production and creativity but also for the message and visibility that was achieved. An icon of liberation.”

SOPHIE, aged just 34, was known for her electronic music and in 2018 released her only studio album, OIL OF EVERY PEARL’S UN-SIDE, which was nominated for a Grammy and a Libera Award, both in the Best Dance/Electronic Album category.

At the 2018 AIM Independent Music Awards she won the Innovator Award and was nominated for the UK Breakthrough of the Year Award.

Alongside her own music, SOPHIE also wrote and produced for other artists including Madonna’s Bitch, I’m Madonna and Charli XCX’s After the Afterparty, No Angel and Girls Night Out.

After coming out, SOPHIE spoke about her trans identity, and in a 2018 interview with Paper explained: “Transness is taking control to bring your body more in line with your soul and spirit so the two aren’t fighting against each other and struggling to survive.

“On this earth, it’s that you can get closer to how you feel your true essence is without the societal pressures of having to fulfil certain traditional roles based on gender.”

Tributes have been paid to the musician online, with Monroe Burgdrof writing: “Our community has lost an icon, a pioneer and a visionary bright light.”

Shon Faye wrote: “I was devastated when I heard of SOPHIE’s death. Her music was the soundtrack to so many important parts of my recent life. She was a visionary and this world is just a bit less spectacular without her creativity in it.”

In a tribute, Christine and the Queens wrote: “Sophie was a stellar producer, a visionary, a reference. She rebelled against the narrow, normative society by being an absolute triumph, both as an artist and as a woman. I can’t believe she is gone. We need to honor and respect her memory and legacy.”

Today our community lost a true icon. A role model and a legend, rest in peace, SOPHIE ❤️

Sending love and light to her family and friends through this difficult time. https://t.co/9CKDPy1xOV

SOPHIE 🖤 A wonderful friend, teacher and collaborator. She was a pioneer in the world of music and a trailblazer for the trans community. No one sounded like her before. Rest in power xx pic.twitter.com/gCpDFXzYDO

Sophie was a stellar producer, a visionary, a reference. She rebelled against the narrow, normative society by being an absolute triumph, both as an artist and as a woman. I can’t believe she is gone. We need to honor and respect her memory and legacy. Cherish the pioneers. pic.twitter.com/3kyRl1KabY

I can’t imagine what her young trans fans will be going through. It’s so sad and such a loss, the industry is so lucky to have been blessed by her talent 🤍 pic.twitter.com/08xyqXSlBQ

Absolutely devastated. Sophie will always be a visionary pic.twitter.com/Vd2cti9EiD

I woke up to the news that SOPHIE passed away…. I'm so sad rn… like, i was listening to some of her music just yesterday and it saddens me that one of my favorite artists died.. She was an icon, and her music was a new vision in the music industry.

my heart is heavy. one of my biggest influences in production and had a profound impact on me when I first started learning my craft. Thank you for always shifting the limits of what it meant to make great music and inspiring so many people along the way. Rest in peace SOPHIE x pic.twitter.com/sg0kMsDJv3

No Angel was my favourite SOPHIE production, as well as my favourite pop song. It seems massive, so big and sprawling it creates its own galaxy. A legacy so perfect pic.twitter.com/mMFP6p04q3