Munroe Bergdorf on dealing with hatred from transphobes and the media 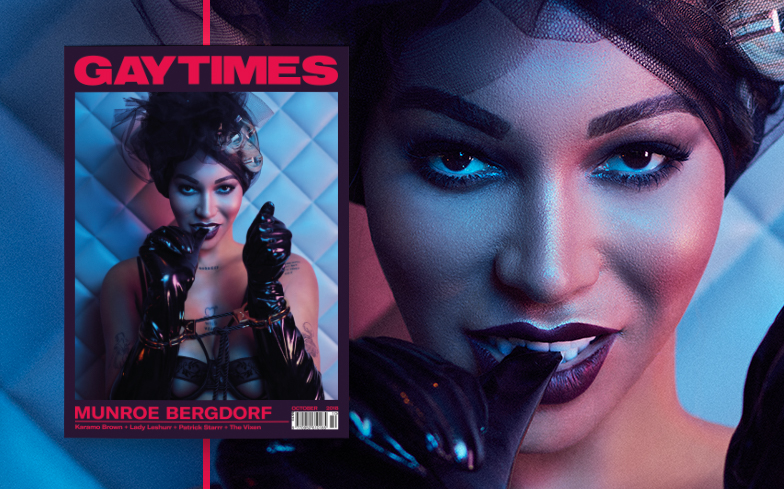 Munroe Bergdorf has opened up about the negativity she faces from the media.

The model and trans activist has had a whirlwind 12 months, and while being dropped as the face of L’Oreal may have been a low point, it elevated her platform higher than ever before and has allowed her to become a positive voice for the community.

“I don’t think there’s any preparing anyone for when they become the focus of a media scandal. You never know where it’s going to go, and it’s something that pushes you to discover a lot about yourself. I discovered my voice in that time,” she tells model and entrepreneur Leomie Anderson as she covers the October issue of Gay Times.

“Up until that point, I was only really speaking to people within my community. Once my voice broke out of the echo chamber and, I guess, into the consciousness of other people who didn’t know me personally, I got a lot more feedback and started to believe in myself more.”

She continues: “Sometimes it does get a bit much. The Times called me ‘the trans Taliban’ which was… I was surprised because how is this legal? I remind myself that this is transphobia and racism. It’s not necessarily about me, it’s about all of us, and I’ve got my community behind me.” Despite the backlash she’s faced both from the media and transphobic trolls, Munroe is determined to use her newfound fame for good – and she has a few tips on how organisations can help lift up the trans community too.

“My aim at the moment is to really focus on how I can use my privilege to pull other people up,” she continues.

“There’s an amazing activist at the moment called Aaron Philip who I’m obsessed with. She’s a disabled black trans model. She’s just got signed and that has taken the community rallying around her to say that ‘this is ridiculous’.

“You can’t only have disabled models when they look like they could be able-bodied people. You need people to be visible. You can’t just hire trans women when they look cis. Hire visibly trans women because they’re who need to see themselves reflected in the media – not trans women who look cis and can pass through society unbothered.”

Elsewhere in our cover interview, Munroe opens up about her decision to get plastic surgery, dealing with people who try to drag her down, and the public’s (often wrong) perceptions about trans people and what it means to transition.