Munroe Bergdorf defends photo with Caitlyn Jenner: “To change the narrative we need to engage” 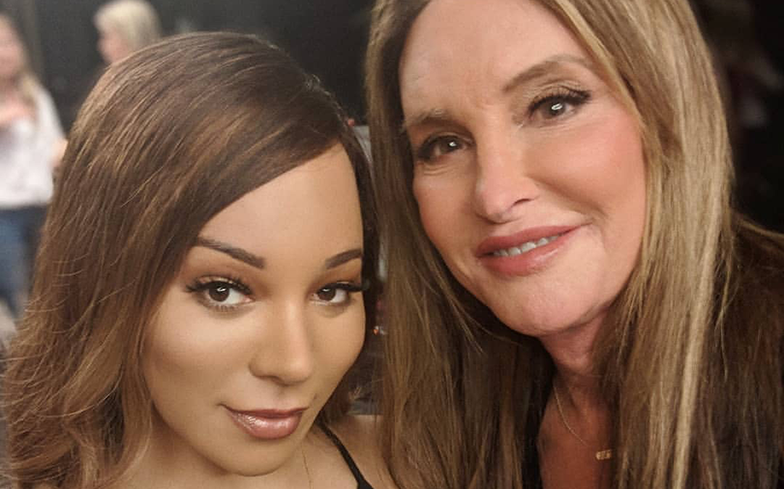 “Tonight we helped each other pull through.”

Munroe Bergdorf has been forced to defend herself after posting a photo with controversial reality star Caitlyn Jenner.

The trans activist uploaded the photo to Instagram after appearing alongside Caitlyn on Channel 4’s Genderquake: The Debate.

Feminist critic Germaine Greer, journalist Ash Sarkar and a number of gender experts were also in attendance for the programme, which is just one of several commissioned by Channel 4 that explores how gender is viewed in modern society.

Several Instagram users were quick to slam Monroe for standing with Caitlyn.

“She has made transphobic comments against our own community, telling trans women how to dress in order to “not look like a man in a dress”,” said one user. “I have stood by you for so long, but this is not something I can support. There are other people we can put aside our differences with. Caitlyn Jenner is not one of those people.”

Another commented: “I wonder if Cait missed that memo on sisterhood and unity because she keeps acting just like any other rich white woman who voted for Trump.”

In a series of tweets and photos on Instagram, Munroe defended their “sisterhood”.

“So, I know a few people have raised eyebrows and/or are angry at me for posting a picture with Caitlyn Jenner and I understand, completely.”

“We were both subjected to transphobic heckling from TERF feminists in the audience of the debate, calling us men, comparing trans women to sexual predators and shouting “penis” at us over and over again for one hour on live national television,” she added.

When Munroe requested for the transphobic audience members to be removed, she was ignored.

“Whilst I don’t agree with Caitlyn’s politics AT ALL, I think that in this age of echochambers and algorithms it’s so easy to disengage or live a blinkered view of life and block out anything we disagree with.

“To change the narrative we need to engage w/ each other, find a common ground & open each other’s minds. Tonight Caitlyn was just another trans woman being verbally attacked and in unity there is strength. So where we may be different, tonight we helped each other pull through.”

Next week, Munroe will premiere her Channel 4 documentary, What Makes a Woman?, which follows the model as she explores the changing world of gender and identity in the UK, ultimately attempting to answer the question posed by the title.

Munroe will also become the focus of the documentary, as she walks the runway at New York Fashion Week, has her brain scanned in a gender experiment, and undergoes facial feminisation surgery in an attempt to tackle her gender dysphoria.

There’s not long to wait to watch the revealing film, as Munroe has revealed it will air on Channel 4 on 16 May.