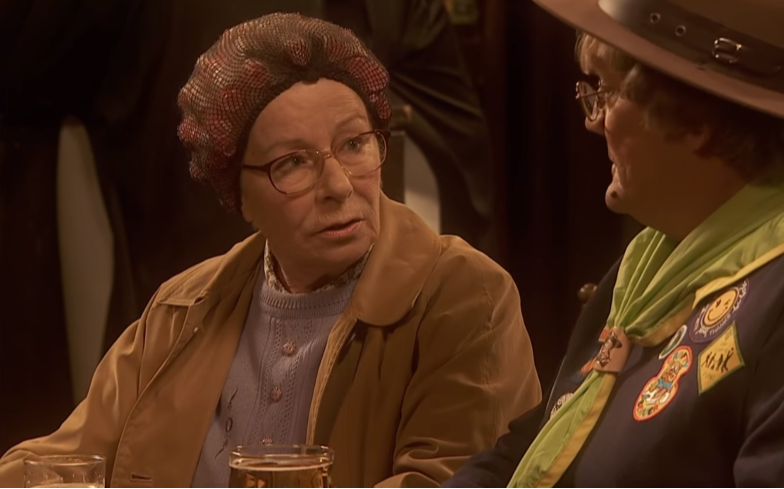 The actress was married with children when she came to terms with her sexuality.

Eilish O’Carroll, most known for her role as Winnie McGoogan on Mrs Brown’s Boys, has opened up about her battles with internalised homophobia. She was speaking on Simon Gross’s Get Gossy with Grossy web series.

Speaking about her sexuality, she said: “I was married with two sons, then at the age of 40, I fell [in] love with a woman.

“I had a Catholic upbringing but I was never religious, in fact I’m now liberal. I was my own worst enemy, I was dealing with my sexuality which was only brought on from meeting this woman who I happened to fall in love with.

“All my demons came back to haunt me telling me I was perverse and not well. My own inner homophobia came back, which I didn’t think existed. It was a very dramatic and emotional journey.”

It wasn’t only battles with internalised homophobia that plagued the actress when she came out, as she also struggled with how to present herself when she accepted that she was a lesbian.

“I was desperate to belong so I joined support groups and dressed how I thought a lesbian would dress – denim jeans, check shirt, boots and a shaved head,” she admitted.

“I even rolled my own cigarettes, the only problem was I couldn’t lose the handbag. Then I realised it’s not about how you look, it’s how you feel, who you choose to fall in love and live your life with, without putting a label on yourself.”

Eilish also spoke about her ex-husband, saying: “I never stopped loving my husband but I fell in love with someone else and it undermined what my husband and I had. I just couldn’t carry on being with him 100 per cent because my heart was with someone else.

“We are still great friends and now my kids have grown we are not co-parents but co-grandparents.”