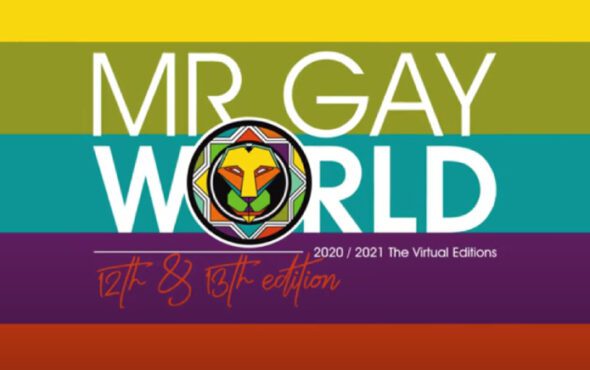 Mr Gay World is back after a two-year hiatus and has redefined its rules to be inclusive of all who identify as men.

After facing backlash from anti-trans campaigners after Gomes’ inclusion, Mr Gay England issued a statement saying it is “PROUD to welcome any gay man to compete for one of our national titles”.

This will allow the international competition to be more inclusive, with the new rules applying to all of its license holders globally when they hold contests.

Mr Gay World says it “amended its policy to encompass the male identifying spectrum within the LGBTQ+ community” in June.

“Moved online due to the ongoing global COVID-19 pandemic, the competitions will be now streamed via the Mr Gay World™ YouTube channel in four distinct shows that will allow each of the competing delegates an even platform to prove they are worthy of the titles,” the pageant’s website says of the upcoming pageant.

It continues: “All shows will include pre-recorded pieces from all delegates as well as visuals from areas across South Africa presented by Gay World Events and Gay World Pageants in partnership with Gay World Foundation in association with The Impact Hub.

“Pre-judging of certain aspects of the competition will have taken place before filming but the actual tasks and criteria for judging each of the delegates have remained as close as possible to the former in-person events.”

Eric Butter, President of Mr Gay World, said doing the pageant virtually will allow competitors to “bring and share their worldwide experiences” after the worst of the COVID-19 pandemic.

He said: “The decision to host an online competition was not taken lightly, as core to the yearly event is the get together of all the delegates representing their countries in the pre-finale week that allows them to bring and share their worldwide experiences from their LGBTQI+ perspectives with each other.

“The change in format will not demean the competition itself but will enhance the capability to include even more countries and allow viewers from across the globe to be involved.”