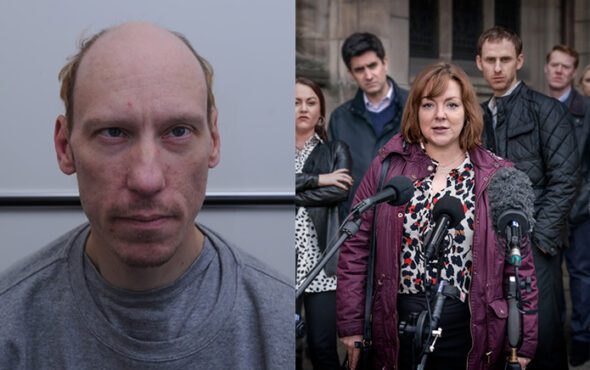 The mother of ‘Grindr killer’ Stephen Port’s first victim has praised the BBC drama depicting his murders and the police handling of them.

Four Lives, a three episode television series on BBC One, follows the true story of Port’s murders and the families of the victim’s battle for justice as police failed to find the killer.

After the first episode aired on 3 January, Walgate’s mother, Sarah Sak, spoke to The Sun about how Four Lives has helped her find peace since her son’s tragic death.

She said: “I had nightmares afterwards, wondering: Could I have done anything else?

“And I finally realised I couldn’t have, because it didn’t matter what I did or what I said — they just wouldn’t investigate, and they just didn’t care. He literally got away with murder for so long.

“This inquest and this drama, has taken a great big lump out of my chest. Thankfully, I don’t have the nightmares now.”

In the drama, Sak is played by Sheridan Smith – an actress best known for her role as Janet Smith in Two Pints of Lager and a Packet of Crisps.

Sak praised Smith for her “brilliant” depiction of her experience.

“I think Sheridan got me down to a tee,” she told The Sun. “I swear like a trooper and I must admit when I was telling the story I didn’t think they’d put all my swearing in.

“I actually said to the police, ‘I hope you’re better than the last lot at finding who killed my son, because they couldn’t find a hole in their a**e.’

“I didn’t mind it being in there, though, because that’s just how it was. Sheridan absolutely nailed me. She was brilliant.”

Long-awaited inquests have been taking place to determine whether or not the failings of the police contributed to the deaths of Port’s victims.

An inquest jury concluded that failings by the police during the investigation of Walgate’s killing “probably” contributed to the deaths of Port’s next two victims, Kovari and Whitworth.

Peter Tatchell, a human rights advocate, accused the police of “institutional homophobia” and called for the officers involved to face disciplinary action.

“Evidence given at the Stephen Port inquest revealed the police to be incompetent, negligent, unprofessional and homophobic,” he said. “Every gay person who expressed concerns about the deaths was ignored, dismissed and treated with contempt, even the partner of one of the victims. That’s institutional homophobia. The officers involved must face disciplinary action.”

The final episode of Four Lives airs on BBC One on 5 January at 9pm, with all three episodes streaming on BBC iPlayer after that.