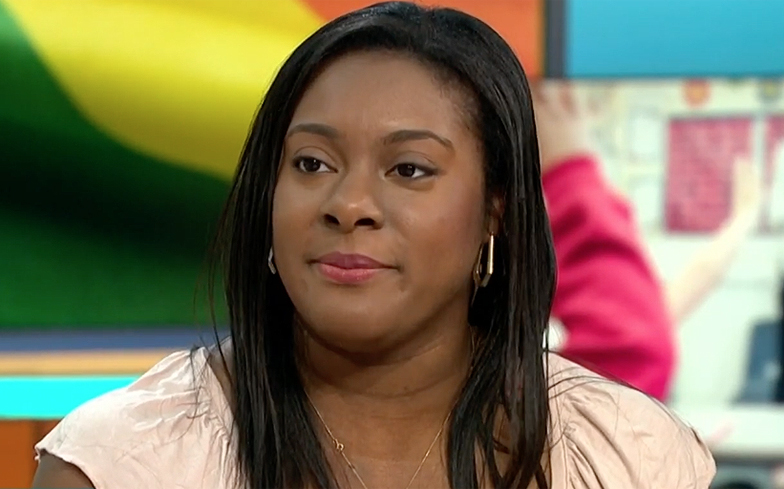 A guest on Good Morning Britain is facing backlash for saying sexuality is  a “choice”.

On the Thursday (21 March) episode of the ITV breakfast show, gay father Tom Cox and straight Christian mother Izzy Montague appeared to discuss parents who have been protesting against LGBTQ-inclusive lessons in schools.

But the controversial debate turned into an argument over whether or not being gay is a ‘choice’ when Tom stressed the should-be-obvious point: “You’re born with your sexual preference, you are gay or you’re not.”

After shaking her head at the statement, Izzy retorted: “I don’t agree with that. I don’t agree that you’re born anything.

“Of course I believe it’s a choice. I’ve made a choice on what I think is right or wrong. I don’t remember ever thinking to myself, ‘Am I gay, am I straight?’ It’s something that I have done based on how I believe.

“Even if I was gay, I do personally believe, based on my belief, that a heterosexual relationship is the right course of action for me. No one has forced you to be in a gay relationship, this is a decision you’ve made.”

When Tom replied that it wasn’t a decision, and that he was born gay, Izzy argued: “It’s not race, it’s not age, it’s a preference.”

“So when did you come out as gay?” he asked back, to which Izzy said she never did. “There you go, you were born that way,” he concluded.

Many viewers took to social media to blast Izzy’s backwards views, and argue that her beliefs are “exactly the reason that [LGBTQ] education is needed” in schools.

This is how homophobia came about! I volunteer 4 a charity that deals with periods and we know that parents won’t talk about that so how do we know they will give the correct teaching on LGBGT issues? Kids need to know that it’s ok to be gay, straight, bi or TG.

The fact that she believes that being gay is a choice is exactly the reason that education is needed. #gmb

Others called out the show for allowing Izzy to express her views on the show in the first place.

“[Good Morning Britain] when are you going to call this woman out for such blatant homophobia – this is unethical to allow her free rein to spew skewed arrogance in our diverse modern society,” wrote one viewer.