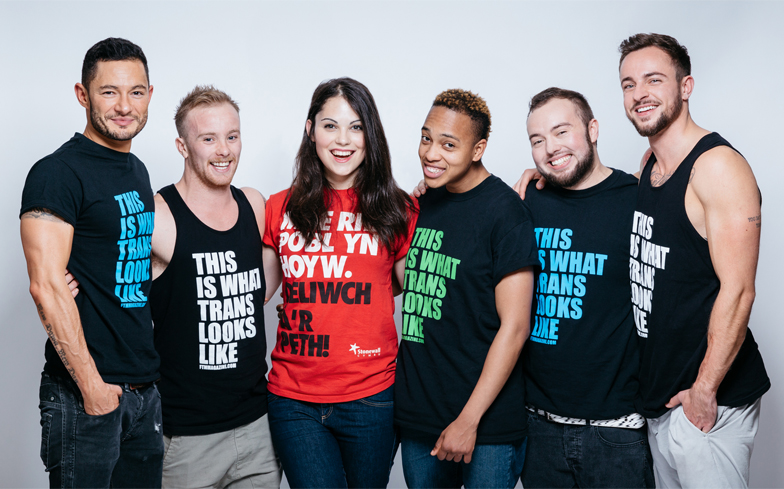 New research shows that 51% of British people believe more should be done to tackle discrimination against transgender people.

LGBTQ charity Stonewall have launched a brand new programme for trans equality, which has been backed by 13 leading public, private and civil society organisations.

The Trans Allies Programme has been created to empower non-trans people to act as allies to support the trans community at work and in public.

It comes as NfP Synergy’s research for Stonewall revealed that 65% of respondents are concerned about the abuse and physical violence faced by trans people.

More than half (53%) of the people asked said they would feel comfortable if a friend told them they were trans.

With that in mind, Stonewall’s Trans Allies Programme will give non-trans people a better understanding of the impact of transphobia, tools and language to tackle anti-trans discrimination, and how to give adequate and appropriate support of trans people everywhere. Related: For trans visibility to matter it must be part of something bigger and more substantial

“The House of Commons is committed to creating an inclusive environment for all staff and to wholly supporting LGBT equality,” said Jennifer Crook, Head of Diversity & Inclusion, House of Commons.

“Following on from achieving 23rd place in Stonewall’s Top 100, we are looking forward to launching the Trans Allies Programme to empower individuals to create a more inclusive culture for LGBT people in the workplace.’

Bex Stinson, Stonewall’s Head of Trans Inclusion, said: “We know there is strong support from British people for trans equality. Over half of British people (51 per cent) believe more should be done to tackle discrimination against trans people.

“However, many individuals may feel uncertain about what they themselves can do to or say to support trans people.

“A lack of confidence can often provoke a fear of making mistakes, and prevents many people from being visible allies to trans people – whether that’s in the workplace, in the local community or online.

“Our Trans Allies Programme is here to help people better understand the issues trans people face, and offer them a way to learn more about how to step up as an effective trans ally.”

This new programme comes as trans and non-binary people face increasing levels of discrimination in the workplace and in society.