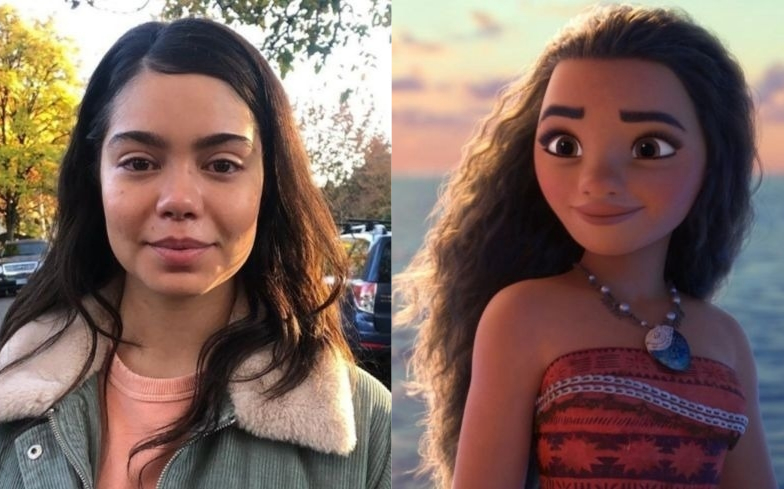 The Disney star came out on TikTok.

Auli’i Cravalho, who plays the title character in Disney’s Moana has come out as bisexual on TikTok. The actress, who has also starred in The Little Mermaid Live!, came out by cleverly lip-synching to an Eninem song.

She then took to Twitter to respond to a nearly two-week old tweet asking if she liked girls, replying with: “if i may escort you to my tiktok…”

And social media users reacted positively, with her coming out tweet so far gaining over 4,000 likes.

One fan wrote: “MY TWO FAVE BAD ASS WOMEN OF COLOR ACTRESSES/SINGERS @auliicravalho and @rachelzegler SAID QUEER SOLIDARITY LETS GO WLW OF COLOR ITS A WIN FOR US TODAY.”

Another wrote: “I AM SCREAMINGGGGGGGGG! AULII CRAVALHO AKA THE VOICE OF MOANA JUST CAME OUT AS BISEXUAL! THE ENERGY THAT EXUDES! WE LOVE TO SEE IT! WHAT A QUEEN!!!!!!!!!!!!!!!!!!”