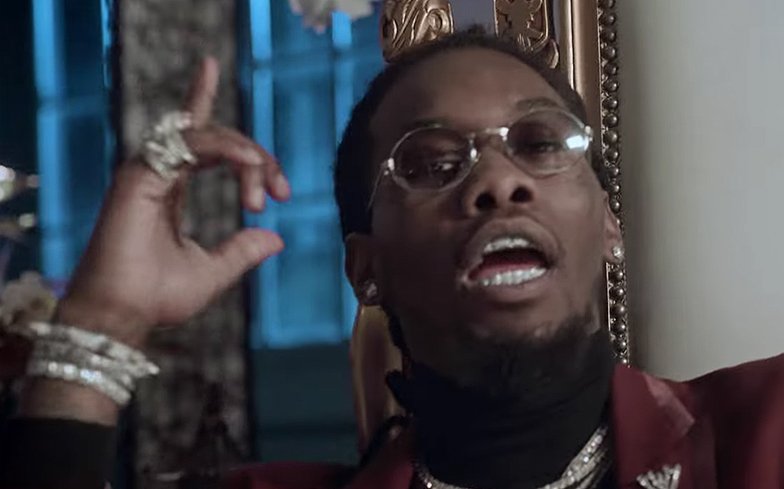 Offset is facing backlash from fans after including a homophobic lyric in his latest feature.

Unsurprisingly, people aren’t happy with the anti-gay statement, and many have taken to social media to air their displeasure.

“Why do rappers continue to bash the LGBTQ community? Y’all know what you’re asking for when you write those lyrics in the studio. You don’t sound cool or masculine,” wrote one Twitter user.

Why do rappers continue to bash the LGBTQ community? Y’all know what you’re asking for when you write those lyrics in the studio. You don’t sound cool or masculine—you sound a like bitch. If you’re “straight” why would you be worried about a man taking another man to his bedroom? pic.twitter.com/SFORduMJxa

Another blasted the lyric as “fucked up” and said they were “no longer a fan”.

He can’t vibe with Queers?! I am no longer a fan. That’s fucked up bro. @OffsetYRN I was a huge Migos fan, I’m good I’ll take my shit else where. 🖕🏻 https://t.co/7BUeWuQD3n

Meanwhile, British singer-songwriter MNEK also took to social media to slam Offset’s careless rap lyrics, pointing out the hypocrisy of him being homophobic when most of his designer clothes are made by gay men.

“Offset saying he doesn’t vibe with queers while constantly wearing and PARADING clothes by gay designers is the REAL gag,” he wrote. “All I’m saying is if you’re a homophobe say it with your chest.

“So Offset, no more Versace, Tom Ford. YSL? Don’t know what that is. Marc Jacobs? Who’s that? Your new attire shall be Sports Directs’ finest – seeing as you don’t vibe with the designers above!”

It’s certainly not the first time Migos have faced accusations of homophobia – in February last year, the trio reacted badly when asked about fellow Atlanta rapper iLoveMakonnen, who had recently come out as gay to his fans.

“They supported him?” asked Quavo in the Rolling Stone interview. “That’s because the world is fucked up,” added Offset. Third member Takeoff said: “This world is not right.”