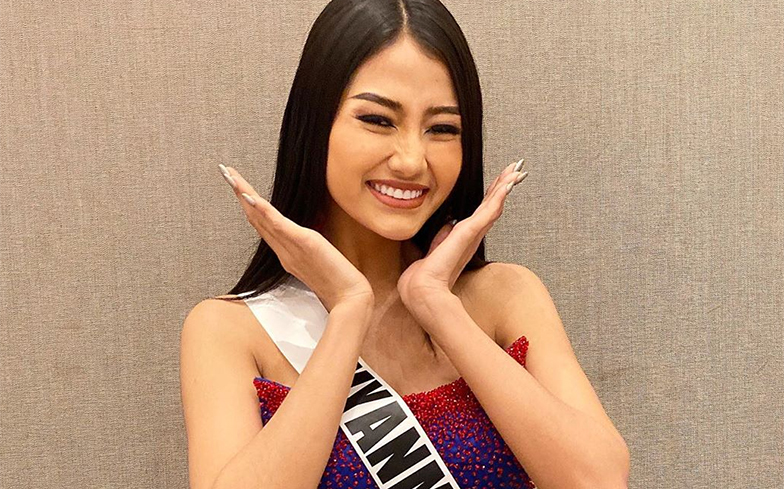 Miss Myanmar has made history.

Ahead of this year’s Miss Universe pageant, 20-year-old Swe Zin Htet made the brave decision to come out as gay, despite same-sex relationships still being criminalised in her home country Myanmar.

“I came to a full realisation about my sexual orientation over a long period of time. I knew I was ‘one of them’ way back in 2015,” she said during an interview shared on pageant forum Missosology.

“It is personally quite challenging but I feel that I have a greater voice and the best position to promote this cause. Some pageant fans know about it and they still support me but this is the first time I am able to talk about it in public.”

After winning the Miss Universe Myanmar 2019 pageant back in May, Htet competed in the Miss Universe pageant on 8 December. She failed to make the top 20, but gained attention for being the first openly gay contestant.

Now, Htet said she wants to use her voice to promote acceptance and equal rights in Myanmar.

“I want the world to accept the LGBTQ community and their right to choose their own path and pursuit of happiness. Love is the most powerful thing and people fall in love with human beings, not gender,” she continued.

“We should always have the freedom of choice and promote equality.”

The day after the interview was shared online, Htet posted a photo collage on Instagram which featured a rainbow flag and the word “Proud” written on it. She has since captioned many photos with rainbow emoji.

Paula Shugart, president of the Miss Universe Organisation, told People: “We are honoured to give a platform to strong, inspirational women like Miss Universe Myanmar, who are brave enough to share their unique stories with the world.

“Miss Universe will always champion women to be proud of who they are.”

Section 377 of Myanmar’s penal code (a remnant of British colonial-era rule) outlaws same-sex sexual intercourse, deeming it to be “unnatural behaviour” with a punishment of up to 10 years in prison.

While the law is rarely enforced, social prejudice and discrimination still exists. There are no anti-discrimination laws for LGBTQ people, and transgender people do not have their gender identity recognised under law.