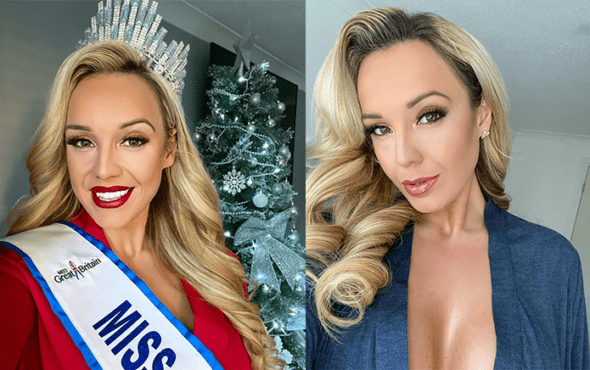 Miss Great Britain winner Jen Atkin has revealed she is bisexual and is the first competition winner to come out.

The reigning winner of the Miss Great Britain competition the has come out as bisexual. Jen Atkin recently opened up about her sexuality and has become the first crowned winner to be publicly out.

In a recent interview with The Sun, the star admitted she was attracted to women as a teenager and had a girlfriend when she was 14.

Speaking on her sexuality, the current Miss Great Britain said: “I watched wrestling with my brother and I was obsessed with the divas in their tiny shorts. I would also fancy his girlfriends which is something I’ve never admitted before.”

The 27-year-old said she felt anxious about having to tell her parents about being bisexual. While having her first serious relationship with a girlfriend, Atkin decided to come out to her parents.

“I thought, ‘I need to tell my parents. I need to tell my friends because I’ve met someone I really like and it’s a woman and they might not understand’,” she said in the interview. “I rang my mum. She was totally fine about it.”

Now, Atkin, who was crowned in February, is willing to speak out and debunk the sexualised misconceptions around bisexuality.

“Just because I’m in a pageant with 50 other girls doesn’t mean I’m going to fancy all 50 and start trying it on with them.”

As the titled winner for Miss Great Britain, Atkin hopes her coming out can inspire and help others to feel comfortable with their sexuality. “Even if it helps one person to open up to family or friends, it’d be such a good thing,” she said.