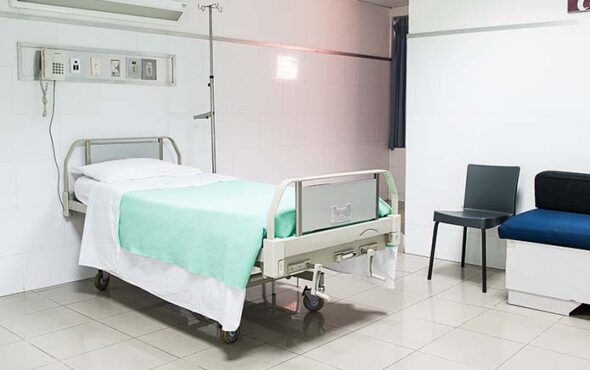 A transgender man is planning to sue a hospital after he was allegedly discriminated against during an inpatient stay there.

Trey Lowery’s documents identify him as a man, though he claims staff at Highland Hospital in Rochester, New York repeatedly used “she/her” pronouns when referring to him.

The 33-year-old was scheduled for bariatric surgery, with one nurse even allegedly asking him to take a pregnancy test before the gastric-bypass operation.

Lowery said that the way he was treated by hospital staff made him suicidal as they took his “pride away”.

He added: “I felt like I didn’t want to be here anymore, I wanted to kill myself, because I worked so hard to be here like this, and I’m not getting appreciated for who I am.”

In a statement, the hospital denied all wrongdoing and explained that any patient with ovaries is asked to take a pregnancy test before undergoing anesthesia.

“Patients provide overall consent for treatment and care via signature when they arrive at the hospital,” the statement read. “As a standard safety procedure, any individual scheduled for surgery at Highland undergoes numerous tests as part of preanesthesia evaluation to reduce risk. Clinical staff do not necessarily seek permission for each individual test that is run.”

Following a review into Lowery’s case, the hospital is confident his care was “medically appropriate and compassionate,” though acknowledged that there was room for reflection.

It is estimated that there are 1.4 million people living in the US who identify as transgender.

Despite this, a thorough study into medical schools in the US and Canada ten years ago (when many of today’s medical professionals would have been in training) found that less than five hours were dedicated to LGBTQ+ health.

It was also found that some medical schools did not offer any LGBTQ-tailored medical training, with the Association of American Medical Colleges only releasing the first medical education guidelines on LGBTQ+ health only seven years ago.