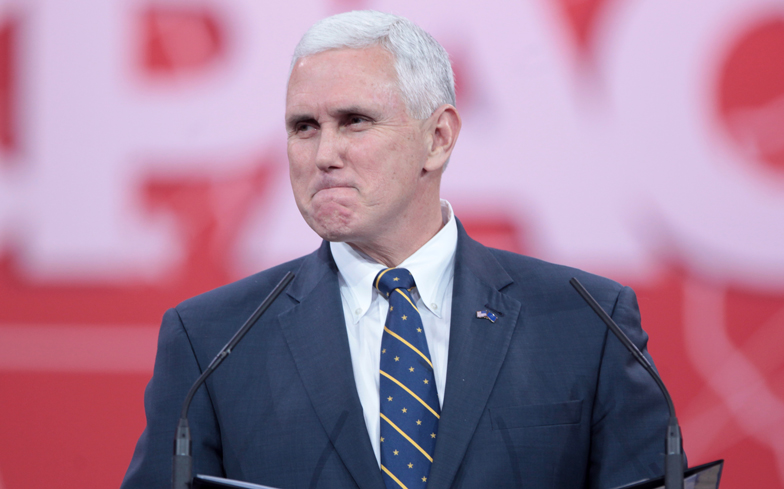 “I just want the entire street filled with rainbows and people dancing.”

Mike Pence is set to be greeted by a party of LGBTQ activists, drag queens and performers as he lands in Columbus, Ohio, on Friday.

The ‘big gay dance party’ is being hosted by Progress Ohio, and will be held outside the Renaissance Hotel – where the Vice President will be making a speech from 2-5pm about the Republican tax law.

A statement from Progress Ohio reads: “Ohioans will protest Vice President Mike Pence, who will be speaking at the Renaissance Hotel in downtown Columbus, by dancing outside the hotel and performances including DJs and drag queens.”

Co-organizer Jay Smith said the idea originated from a Facebook post which revealed that Pence was visiting Ohio on Pride weekend.

He told Newsweek: “We all kind of decided the best way to protest is to have a dance party. We want this to be a very positive, upbeat event that will showcase for other people in the [LGBTQ] community that may not be out or struggling with their gender identity.

“The Trump administration doesn’t have their back, but we do, and we will be fighting for you every day. We support you, we will fight for you and we love you. I just want the entire street filled with rainbows and people dancing.”

The protest – posted as an event on Facebook – has over 520 people claiming to attend, while another 1.8k are interested.

The Vice President of the United States has repeatedly shown an anti-LGBT stance throughout his career, claiming that same-sex marriage would lead to “societal collapse”, and also voted against passing a non-discrimination act.