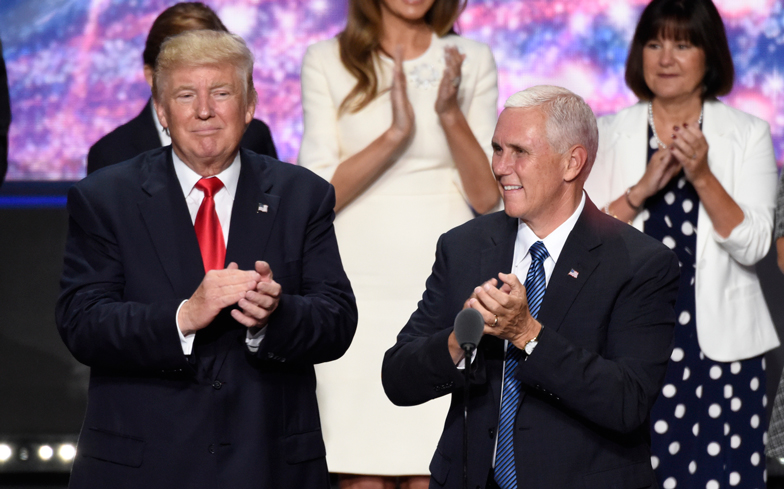 Last week, Donald Trump banned most transgender people from the military, and said that the policy was “developed through extensive study by senior uniformed and civilian leaders.”

But now, a report from Slate says that multiples sources have told them that Mike Pence, alongside anti-trans activist Ryan Anderson, and Toby Perkins, the head of the Family Research Council devised the policy, and that they “effectively overruled” the Defence Secretary, James Mattis.

The article highlights Mattis’s previous support for transgender troops in the military. Back in August, Mattis even managed to stall Trump’s initial policy.

The article highlighted some of the language in the policy, like how allowing trans troops would “erode reasonable expectations of privacy” is similar to previous rhetoric that Pence and Perkins have used when talking about transgender people in bathrooms.

The article also confronts some of the falsehoods that Trump’s new ban said, saying that concerns raised around transition was “dangerous nonsense.” It says that “transition care has proved highly effective at treating gender dysphoria and accompanying conditions.

“Yet the new policy would prevent trans service members from transitioning, thereby forcing them to continue living with a treatable condition.”

The source told ThinkProgress that they didn’t know how Pence was able to overrule Mattis, but like in the Slate article, it highlights the anti-trans rhetoric that people like Anderson and Perkins have used in the past. The article also mentions that the report’s findings seem to mirror Anderson’s recent book When Harry Became Sally: Responding to the Transgender Moment.

Both reports also highlight how Trump’s new policy ignores findings from almost every major medical organisation in the country that say that transgender people benefit from transitioning. Trans troops who have already transitioned are to be banned under the policy.

ThinkProgress goes on, saying: “The report essentially manufactures doubt about the health outcomes of transgender people to justify the very kind of discrimination that is the most significant factor for trans people’s negative experiences.”

Its report finishes by saying: “The bottom line of the report is that the only good way to be trans in the military is to not be trans.

“This flies in the face of countless military experts and is easily disproven by the thousands of transgender people already capably serving in the U.S. as well as in 19 other countries, including Australia, the United Kingdom, France, Germany, Spain, Canada, and Israel.

“But as the report largely reflects the views of Pence, a longtime opponent of LGBTQ equality, and some of the top anti-LGBTQ activists in the country, it’s easy to see how it arrived at such discriminatory conclusions.”