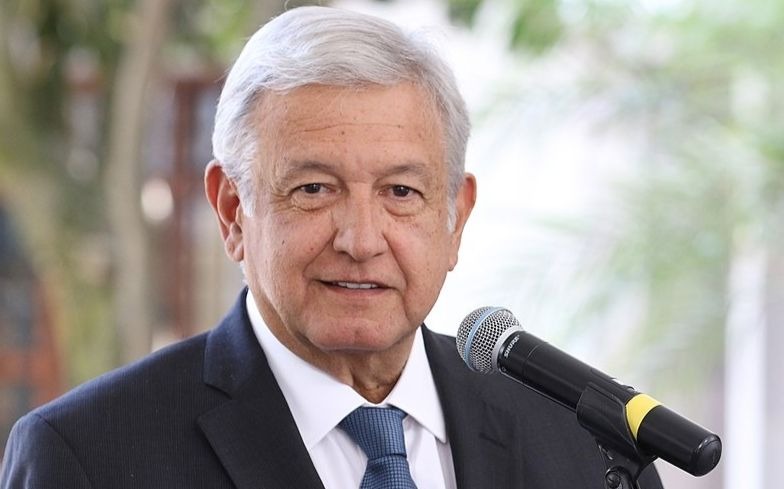 LGBTQ activists in the country were attacked over a painting earlier this week.

The Mexican president, Andres Manuel Lopez Obrador, has condemned an attack on LGBTQ activists after a row erupted over how a revolutionary leader was depicted in a painting.

The painting, titled The Revolution, shows Emiliano Zapata, a leading figure in the Mexican revolution, riding an erect white horse while only wearing a pink sombrero, high heels and a ribbon.

It was painted by the Mexican artist Fabián Cháirez, who seeks to look at alternative ways of depicting masculinity, in 2014 and was selected to be part of the exhibition, which is commemorating the 100th anniversary of the assassination of Zapata.

The painting had already been displayed elsewhere, but the controversy arose when the Culture Ministry used the painting to advertise the exhibition.

Jorge Zapata González, a grandson of Zapata, condemned the image, saying: “For us as relatives, this denigrates the figure of our general, depicting him as gay.” He added the family would sue unless the painting was removed.

Protesters against the painting stood outside the Museum of the Palace of Fine Arts, with some shouting homophobic slurs. This led to a counter-protest, and the Culture Ministry reported on Tuesday (10 December) that two LGBTQ activists had been attacked.

They also said in a statement that some people viewed the painting as an “opportunity to reflect on the diversity and the relationship between femininity and masculinity that the author proposes, considering Zapata’s libertarian spirit.”

Reuters reports that at a press conference, Obrador addressed the attack, saying: “There shouldn’t be hate crimes, I condemn it with all my soul, we don’t accept that.

“We have to be respectful, not just tolerant, be respectful of all expressions, of thought, of sexual diversity.”

He also said he didn’t want there to be censorship of the painting, but that an agreement with the Zapata family, which could involve the painting’s removal, would be met.

The BBC reports that Cháirez defended his painting, saying: “There are some people who experience discomfort from bodies that don’t obey the rules.

“In this case, where is the offence? They [the protesters] see an offence because Zapata is feminised.”