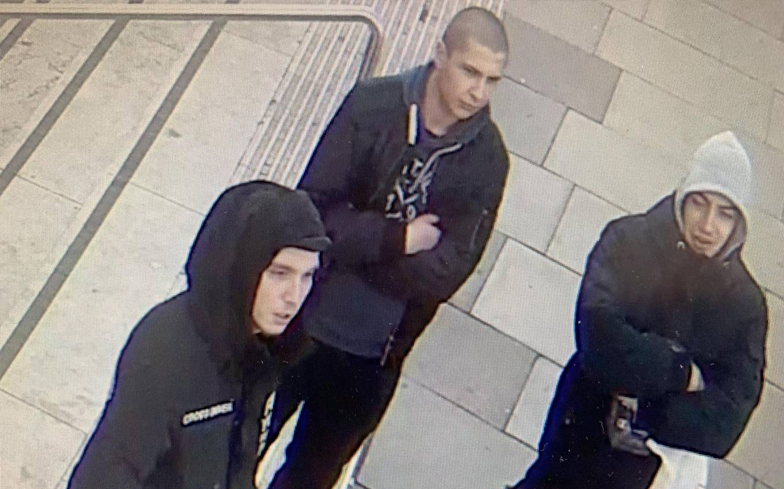 Police in London have launched a manhunt to find four men who attacked a male couple who were holding hands.

The incident took place by the National Theatre on the Southbank on New Year’s Day, with the victims suffering bruising and facial injuries from the attack.

Detectives are looking for four men they believe are connected to the violent attack, and issued a clear CCTV image of three of the men they’d like to speak with.

The assault happened at 2:30pm and it is being treated as a hate crime by Scotland Yard.

All four men wore hooded tops during the incident and they fled the scene in the direction towards the OXO Tower. Officers added that they believe them to be in their mid 20s.

“The victims, aged 28 and 31, who were holding hands, suffered facial injuries and bruising in the assault. They did not require hospital treatment,” the Metropolitan Police said in a statement.

“The suspects are all described as white, aged in their mid-20s and wearing hooded tops. They left in the direction of the OXO Tower. Officers are issuing images of three of the four suspects in a bid to identify them.”

Police have asked anyone with information to come forward to help with the inquiry.