Megan Rapinoe and Sue Bird have announced their engagement 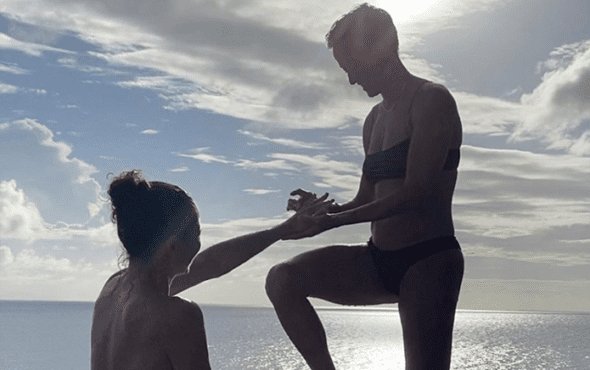 We can hear the bells!

Taking to Instagram the two both posted a photo showing Rapinoe on one knee putting an engagement ring on Bird’s finger.

The two lovebirds first met each other during the 2016 Olympics.

Back in 2017 Bird made headlines when she not only came out but also revealed that she was dating Rapinoe when speaking with ESPN.

In the interview, she stated: “I’m gay. Megan’s my girlfriend. … These aren’t secrets to people who know me.”

She continued: “I don’t feel like I’ve not lived my life. I think people have this assumption that if you’re not talking about it, you must be hiding it, like it’s this secret. That was never the case for me.”

Rapinoe and Bird have been considered one of the most recognizable power couples in sports. Over the years the two have been seen celebrating and supporting each other during the heights of their careers.

From the 2019 World Cup to the Women’s National Basketball Association championship, Rapinoe and Bird have become an exemplary relationship to look up to.

Their announcement has been met with praise from fans and their celebrity friends, with many posting sending congratulatory messages.