Mariela Castro to push for same-sex marriage in Cuba 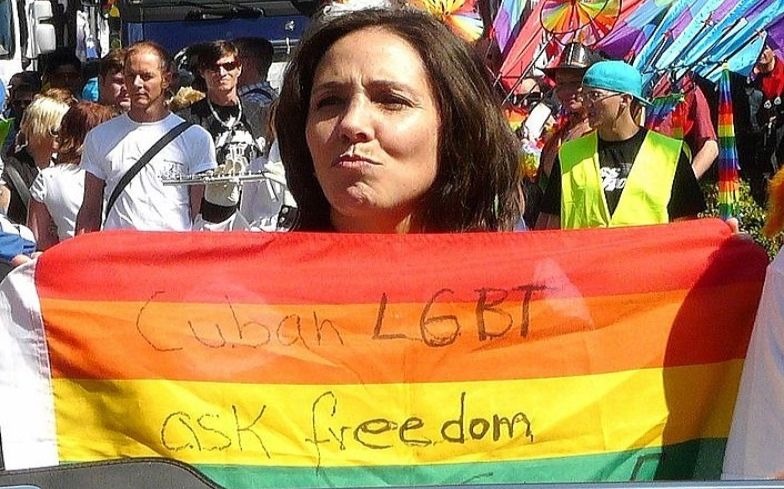 Marking the launch of the Days against Homophobia and Transphobia in Cuba, Mariela Castro confirmed that she would push for same-sex marriage to be legalised in the country.

Speaking to the press, Mariela confirmed that she would push for same-sex marriage when the country undertakes a constitutional reform, which is expected to take place in July.

The comments came a month after her father, Raúl Castro, was replaced as Cuban President by Miguel Díaz-Canel. In her comments, Mariela said that LGBTQ activists had the “strength” to pursue change, and praised Díaz-Canel’s “sensibilities and awareness” on gay issues.

Homosexuality has been legal in Cuba since 1979, but in 1959 the LGBTQ community were persecuted and murdered under the rule of Fidel Castro, as they were viewed as being a “deviation incompatible with the revolution.”

And even though homosexuality is legal in the country there are little to no anti-discrimination protections for LGBTQ people and there are no partnership rights for same-sex couples.

Acceptance is on the rise in the country as a whole, but most of the LGBTQ movement in the country is centered around Mariela, who is also the head of the Cuban National Center for Sex Education. Back in 2015, she attracted controversy from conservatives when she officiated a ceremonial same-sex wedding in the country.

Speaking at the time, she denied that she was seeking political points, instead saying: “Same sex marriage is already legal in Argentina and Uruguay and in Mexico City. And we’ve always celebrated their achievements.

“So we’re not interested in being the first. For us, it’s just about achieving it in the first place.”

Many nations around Cuba have legalised same-sex marriage like Argentina, Uruguay and Colombia. And back in January, the Inter-American Court of Human Rights ruled that 20 other countries in the region needed to do the same. Costa Rica made plans to do so, but the first same-sex wedding in the country was blocked the day before it took place.