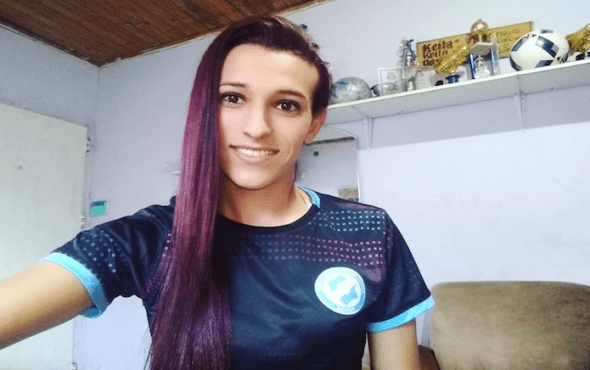 Last month, the Argentine Football Association (AFA) confirmed that Mara Gomez had been registered to play in the women’s first division league. The player made her debut this Monday (December 7).

Although it wasn’t a winning first match for Villa San Carlos, Gomez’s appearance on the field was a sign of a promising new future for sport. Losing 7-1 in the game, it was clear a bigger movement was to be won instead.

In a series of post-match interviews, Gomez reaffirmed how special the first match had been for her, calling the opportunity a way for “new roads” to be paved for trans players.

Speaking to ESPN, the Argentine footballer explained why she is “proud to represent [her] community”.

“When I started out, football was a therapy for me and I couldn’t think it was possible to dream or consider playing in the top division,” she said.

“A few years back this was unthinkable to talk about or debate but now we are opening new roads. This is a huge achievement.

“I’m totally grateful to my club, to my teammates and coaching staff for opening the doors for me and for showing me respect from the beginning.

“I’m proud to represent a community but also a part of society and to know that I have become a reference for a lot of people.”

Opponents Lanus presented her with a special jersey post-match and commented: “We celebrate and accompany this enormous step on the road to expanding rights. Congratulations Mara Gomez.”

The team’s official Twitter account shared an emotional moment Gomez who received an honorary jersey from the club. In the tweet, Lanus acknowledged it was Gomez’s first game and had taken to the pitch “after a long struggle”.

On November 28, Gomez officially signed her contract to become part of the women’s first division league.

In her Instagram post, the footballer took the time to thank the AFA which took the recommendations of the International Olympic Committee (IOC) on trans inclusion to allow her to play professionally.

In a moving post, the trans player celebrated a historic moment in sport: “Today I am officially a player of the highest category of Argentine soccer.

“The road was long, there were many obstacles, many fears and sorrows. That which one day made me think that I would not be anyone, that I would never have the opportunity to be happy in my life today is reversed.

“I will be fulfilling one of the greatest goals of my life, that I thought indispensable, which was never going to happen.

“Thanks to all the people who from the first moment accompanied and supported me, and believed in me. Total thanks to Juan Cruz Vitale (DT) and Villa San Carlos for giving me the opportunity.

“Thanks to my representative Lorena Berdula who dedicated so much her time to accompany me in the process and for teaching me a lot. And thanks to my family who always hugged me and gave me strength.”