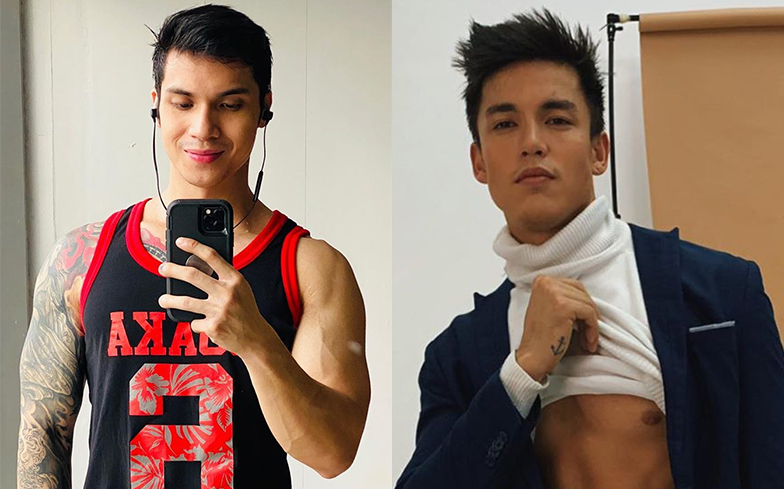 “It was an incident I regret.”

Filipino-Scottish actor Alex Diaz came out as bisexual last month after he was accused of making an “indecent proposal” to a fitness coach.

According to ABC-CBN News, Diaz sent explicit messages to Miguel Chanco over Instagram, who later posted their exchange on Facebook. It was taken down after Chanco was shamed by his followers for publicly outing Diaz.

Chanco, the fitness coach who outed Diaz, has now told Philippines showbiz website PEP that he regrets his actions and has apologised for what he did.

“I have reached out to Alex Diaz and apologised to him. He graciously accepted, and I am so thankful for that,” he said.

Chanco also used the opportunity to extend a blanket apology to the entire LGBTQ community for outing Diaz, saying he wanted to “empower” people in the future.

“I’d like to extend my apologies to the whole LGBTQ community and to everyone who was affected. It was an incident I regret,” he continued.

“Looking forward, I hope our respective work can continue to empower people, regardless of gender or sexual orientation.”

After being outed, Diaz told followers he was going to “take some time off to reassess” in Canada, but eventually wants to “use this platform to spread awareness, visibility and understanding on issues that matter”.

“I see now that my actions are not caused by but rather the effect of the unhealthy and toxic suppression of all of who I am as a human being,” he continued. “My passion is performing, making people happy & making people smile.

“My only hope is that I can continue to use this platform to do such in whatever new path this universe-given experience has opened up for me. For now, I will rest, reevaluate and come back stronger and better than ever.”