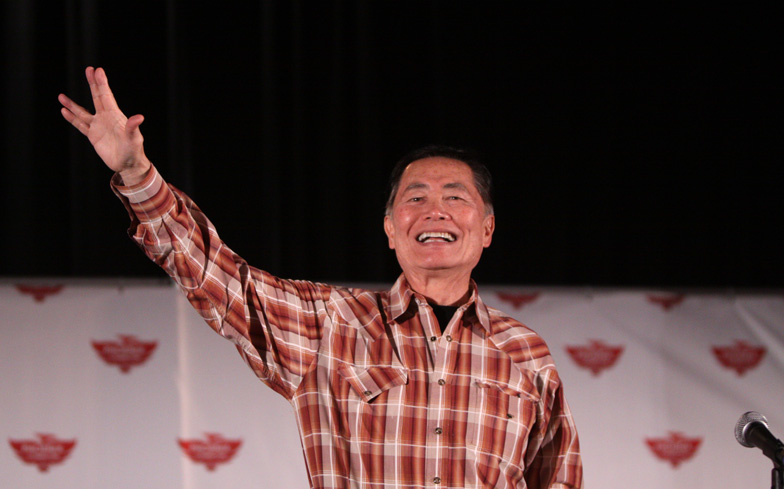 At the time of the alleged assault, Takei would have been around 43/44 and Brunton was 23. Brunton said that Takei was a “great shoulder” to cry on following his split from his boyfriend. He then claimed that after a drunken night out, Takei “had my pants down around my ankles and he was groping my crotch and trying to get my underwear off and feeling me up at the same time, trying to get his hands down my underwear.”

Takei denied the incident had even taken place, saying: “The events he describes back in the 1980s simply did not occur, and I do not know why he has claimed them now. I have wracked my brain to ask if I remember Mr. Brunton, and I cannot say I do.

“Right now it is a he said / he said situation, over alleged events nearly 40 years ago. But those that know me understand that non-consensual acts are so antithetical to my values and my practices, the very idea that someone would accuse me of this is quite personally painful.”

Related: Daryll Rowe jailed for life after attempting to infect 10 men with HIV

Although not in his original allegations, Brunton soon said that Takei had spiked him. However, toxicologists looking at Brunton’s weight and height at the time ruled out a spiked drink.

One toxicologist, Lewis Nelson, who is the director of medical toxicology at Rutgers New Jersey Medical School said that the feelings of dizziness that Brunton experienced was most likely “postural hypotension, exacerbated by alcohol.” Postural hypotension occurs when there is a sudden drop in blood pressure, like when someone stands up too quickly.

After hearing of the toxicologists ruling, Brunton said that it made Takei seem “a little less sinister.”

In an interview with The Observer, Brunton was asked about the events of the night, and whether Takei touched his genitals. Brunton responded by saying: “You know…probably…

“He was clearly on his way to…to…to going somewhere.”

When asked again if he remembered if Takei had touched his genitals, Brunton confessed that he didn’t remember. He then explained that he saw the incident as a “great party story.”

He further added: “He was 20 years older than me and short. And I wasn’t attracted to Asian men.

“I was a hot, surfer, California boy type, that he probably could have only gotten had he bought, paid for or found someone just willing to ride on his coattails of fame.”

Chuckling, Brunton said that the experience wasn’t a “painful” one, and that “It didn’t scar me.”

When asked what he wanted from the experience, Brunton said that he was looking for an “apology” and said that the alleged incident was an “unwanted situation. It’s just a very odd event.” He added that if Takei had said it was a “misunderstanding” he would accept that, so long as it came with an apology.