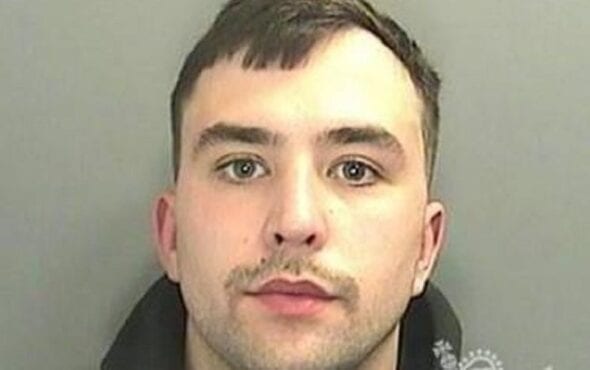 Welshman Lewis Alexander, aged 23, has been jailed for 12 months after pleading guilty to two counts of causing actual bodily harm. Alexander punched Geraint Healy after getting drunk at a house party, causing Healy to lose his two front teeth.

The South Wales Argus reports that prosecutor Eugene Egan told Newport Crown Court: “He was asked to leave the party and the defendant motioned to headbutt Mr Healy but didn’t. He then approached him as he was sat on the sofa and punched him with significant force in the mouth.

“Mr Healy lost two of his front teeth. He will need restorative dental treatment. Another man, James Bates, came to help him and Alexander then bit his finger. There was hostility shown towards Mr Healy because of his sexual orientation.

“Mr Bates said he was shocked by the unprovoked violence unleashed that evening.”

The court was told that Alexander had previously been convicted for assault after attacking a ‘Good Samaritan’ who had come to his aid when he’d previously been knocked unconscious in an assault.

Sentencing Alexander, Judge Daniel Williams said: “You had indicated you were going to apologise to Mr Healy. But you went up to him and punched him in the face causing him to lose two of his front teeth.

In mitigation, Christopher Rees said: “He is very remorseful and he wishes me to apologise to the two victims in this case. When he is sober, he has excellent qualities. He is a very hard-working young man with a very good job. He is an excellent rugby player.”

He added: “There is a realistic prospect of rehabilitation and he is committed to change.”

Related: Plymouth dad jailed for whipping son after discovering Grindr on his phone