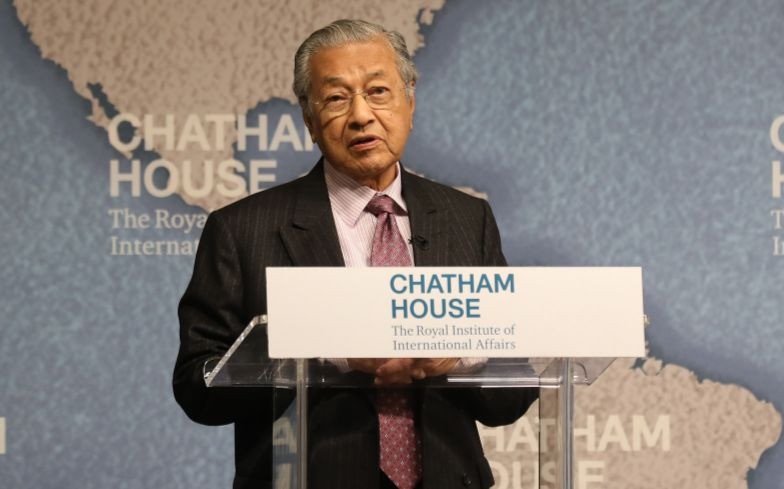 Homosexuality is currently illegal in Malaysia, and punishable by up to 20 years in jail or caning.

Last month, the Prime Minister of Malaysia, Dr Mahathir Mohamad, said that his country could not accept LGBTQ rights. At the time, he was responding to a report that called on Malaysia to introduce better LGBTQ rights.

In a speech, Mohamad said: “For instance, we cannot accept LGBT as well as the marriage of man and man or woman and woman. The concept of family remains the same—that it [constitutes] a couple with their own children or adopted ones to be considered as family.

“But two men or two women is not considered a family.”

Related: Malaysian authorities are attacking transgender rights – here’s how you can help stop it

And now, Mohamad has once again denounced LGBTQ rights. Speaking to students at the Chulalongkorn University in Thailand, Mohamad is quoted in the Nikkei Asian Review as saying: “Sometimes Asians accept Western values without questioning. We should be free not to change our values according to their wishes.” He added: “At this moment, we do not accept LGBT, but if they [the West] want to accept, that is their business. Don’t force it on us.

“If [the West] one day decided to walk around naked, do we have to follow?”

Bloomberg reports that his comments got even worse, implying that LGBTQ families weren’t real. “For example in the west now, men marry men, women marry women, and then the family is not made up of father, mother and the child, but is two men adopting one child from somebody,” Mohamad said. He added: “They call themselves a family.”

Last month, two women were caned in Malaysia after being found guilty of being in a same-sex relationship. The Malaysian MP, Charles Santiago condemned the punishment, writing on Twitter: “We need to stop targeting the LGBT community. We need to stop invading their privacy. We need to stop abusing them. We need to grow up as a society and learn to embrace diversity.”

A month after the punishment took place, it was condemned by the UK government. Answering a question from Liberal Democrat peer, Lord Scriven, the Foreign Office minister, Lord Ahmad of Wimbledon said: “The government was deeply concerned by the caning of two Malaysian women on 3 September for having a same-sex relationship.”