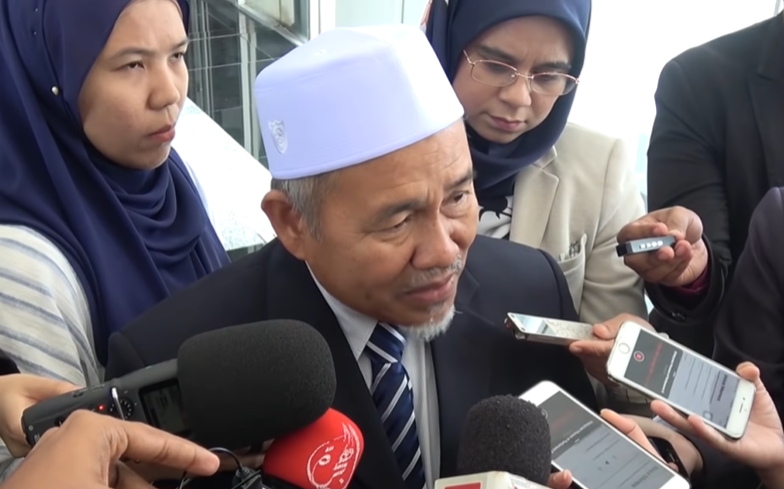 Tuan Ibrahim hit out at the part of the report mentioning LGBTQ rights.

In 1999, the Human Rights Commission of Malaysia, known by the acronym SUHAKAM, began giving reports to parliament about human rights in the country, however parliament has always refused to debate it.

However, this year, the country’s de facto Law Minister, Liew Vui Keong, tabled the report to be debated by MPs. But the part of the report which dealt with LGBTQ rights in Malaysia was dismissed by the Deputy President of the Malaysian Islamic Party (PAS), Tuan Ibrahim.

Malaysiakini reports Tuan as saying: “Quoting several phrases in the report which stated that the traditional compliance to two genders classification had caused discrimination to the LGBT community and infringement of their rights.

“Since when did Malaysia start recognising LGBT as part of its cultural values? Which religion accepted LGBT as part of their teachings? Have Malaysia [even] built special toilets for the LGBT group?”

He also hit out at parts of the report which said that laws being divided into federal laws and syriah laws was confusing to members of the LGBTQ community.

“PAS wants to stress that the syariah law had been the core of Malaysia’s legal system,” he argued.

“Even the Federal Constitution puts Islam as the religion of the federation. Is SUHAKAM asking for the repeal of syariah laws just to care for LGBT rights?”

It’s reported that in the SUHAKAM report it only noted that LGBTQ people should be treated equally, and this principle should apply not only to their access to the justice system, but the way that it treats them.

Meanwhile, the PAS argued that the Malaysian criminal justice system should be based on the culture, religion and history of the country, instead of listening to “demands” from the United Nations.

Currently, there is no form of LGBTQ rights in Malaysia, and homosexuality can be punished with a prison sentence of up to 20 years.

Last year, in a speech to university students, the Malaysian PM, Dr Mahathir Mohamad decried LGBTQ rights as just “Western values” explaining: “Sometimes Asians accept Western values without questioning. We should be free not to change our values according to their wishes.”

He added: “At this moment, we do not accept LGBT, but if they [the West] want to accept, that is their business. Don’t force it on us.

“The institution of marriage, the institution of the family has now been disregarded in the West. Why should we follow that? Our value system is as good.If [the West] one day decided to walk around naked, do we have to follow?”

His comments got even worse, implying that LGBTQ families weren’t real. “For example in the west now, men marry men, women marry women, and then the family is not made up of father, mother and the child, but is two men adopting one child from somebody,” Mohamad said.

He added: “They call themselves a family.”