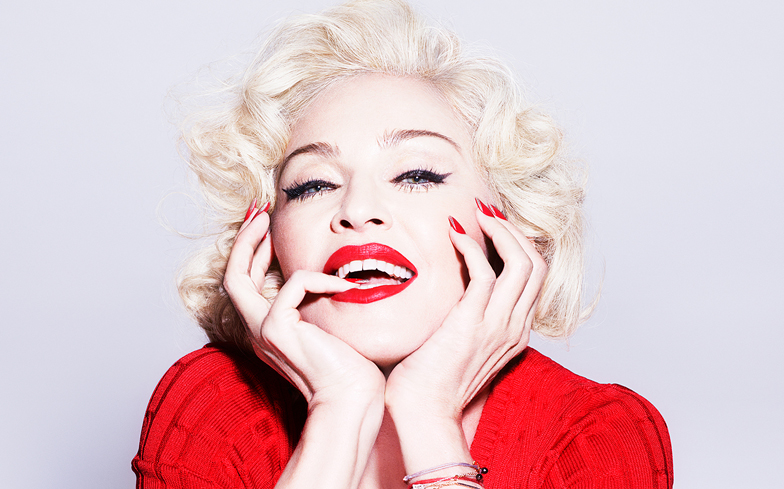 Madonna will be honoured for a lifetime of advocacy by GLAAD later this year.

The legendary, award-winning singer-songwriter is widely regarded as one of the biggest allies to the LGBTQ community, having spent her entire career speaking up for the rights of queer people around the world.

So it’s fitting that she’ll be the second ever person to be honoured with the Advocate for Change Award at the 2019 GLAAD Media Awards, which will be held in New York on 4 May.

Only one other person has been given the prestigious honour: former United States president Bill Clinton, back in 2013.

“Madonna always has and always will be the LGBTQ community’s greatest ally and it is only fitting to honour and celebrate our biggest advocate at GLAAD’s biggest event ever,” said GLAAD President and CEO Sarah Kate Ellis.

“From the HIV crisis to international LGBTQ issues, she fearlessly pushes for a world where LGBTQ people are accepted.

“Her music and art have been life-saving outlets for LGBTQ people over the years and her affirming words and actions have changed countless hearts and minds.”

Madonna has also been appointed as a a Stonewall Ambassador for 2019, a year which marks 50 years since the beginning of the historic Stonewall Riots which kick-started the modern-day LGBTQ rights movement in the United States.

The pop superstar recently made a surprise appearance at the Stonewall Inn over New Year’s Eve, where she performed hit single Like A Prayer and Elvis Presley’s Can’t Help Falling In Love, and gave a passionate speech about equality.

“I stand here proudly at the place where pride began. The legendary Stonewall Inn, on the birth of a new year. We come together tonight to celebrate 50 years of revolution, 50 years of freedom fighting, 50 years of blood, sweat and tears,” she said.