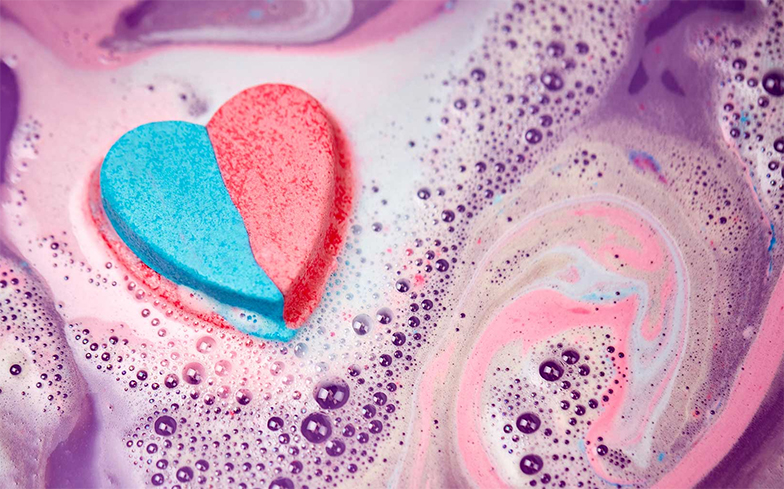 Lush has launched a new campaign to support the trans community.

The brand famous for their bath bombs have long had an ethical slant to their products, promising never to test on animals and continuously supporting the rights of LGBTQ people and other minorities.

Now, they’re continuing their mission for a better world with their #TransRightsAreHumanRights campaign, which raises money for trans charities and asks customers to think about how to be a better ally.

The new collection of products includes the Inner Truth bath melt, which contains fair trade cocoa butter and orange oil, and a special edition of their Charity Pot body cream, which has long helped provide funding to grassroots organisations.

100% of the proceeds from the bath melt will be donated to the National Centre for Transgender Equality and the Canadian Centre for Gender and Sexual Diversity, as well as other organisations working to secure trans rights.

Currently, the products are only available in the United States, but we’re keeping our fingers crossed for a UK release soon! “There is still so much work to be done,” Lush said in a statement. “We hope our campaign will spark conversations and educate all of us how to become better allies to the transgender and non-binary community.

“It is up to all of us to raise awareness on the discriminations and dangers transgender people, including our employees, face every day.”

In addition to the new products, all of Lush’s stores in America will display quotes from the company’s trans employees in their windows, while 75,000 ‘How To Be An Ally’ manuals will be distributed to customers.

They’ve also released a campaign video in which a number of trans and gender non-binary Lush staff members share their voices and explain how we can all “come together” to support equality.

“The way I choose to present myself doesn’t make my identity any more or less valid,” explains one person in the video, while another adds: “I’m non-binary, but that doesn’t mean I’m confused about who I am.”

Watch the new campaign video below.