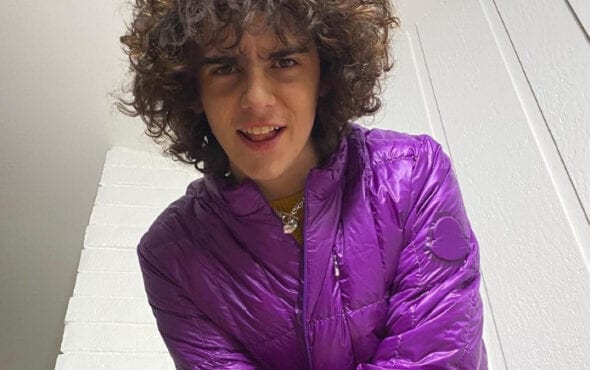 Jack Dylan Grazer has come out as bisexual.

The 17-year-old actor, who rose to fame as Eddie Kaspbrak in It and It: Chapter Two, spoke about his sexuality on an Instagram Live. After a fan asked if he’s gay, Grazer laughed and responded: “Are you gay? I’m biiii.”

On Instagram, Grazer also updated their pronouns to he/they.

After responding to the fan, Grazer referenced his character Alberto Scorfano from the recent Disney-Pixar film Luca as he shouted, “SILENZIO BRUNO!”

The aforementioned animated film received praise from critics, with some noticing the sea monster identities of the two leads as an allegory for the LGBTQ+ experience. In the film, Grazer’s character forms a bond with fellow sea-dweller Luca Paguro (voiced by Jacob Tremblay) and on land, they hide their true selves in order to be accepted.

In response, Luca’s director Enrico Casarosa said: “I love Luca’s movies and he’s such a talent, but it truly goes without saying that we really wilfully went for a pre-pubescent story. This is all about platonic friendships.”

Grazer also commented on the comparisons, saying: “No, there’s no Call Me By Your Name in it. They’re friends. Alberto and Luca are friends.

“I know for a fact that there will be dirty fanfiction, but I’m not talking about that while I’m promoting the movie.”

Last year, Grazer received universal critical acclaim for his performance in HBO’s coming-of-age drama We Are Who We Are as Frazer Wilson, a queer 14-year-old who relocates from New York to a military base in Veneto with his two mothers.

Their other credits include the CBS series Me, Myself and I, which was cancelled after the first season, and the DC Extended Universe film Shazam!

jack dylan grazer coming out as bi and then immediately shouting SILENZIO BRUNO good for them good for them!! pic.twitter.com/IBKDox5a2G