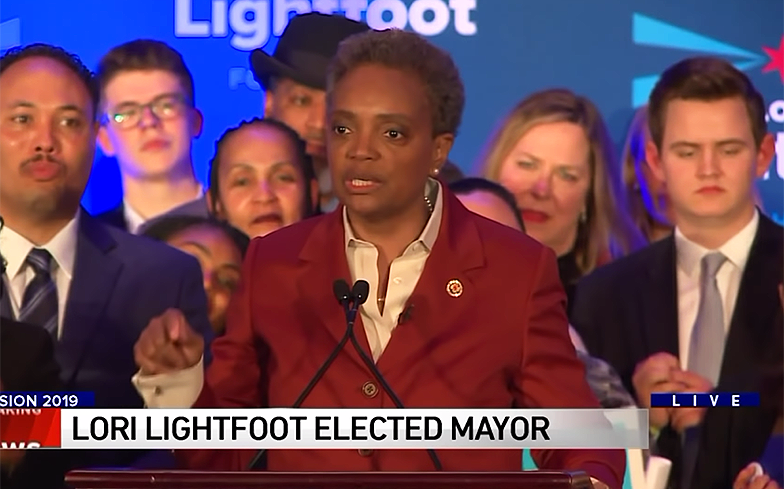 “Today you did more than make history, you created a movement for change.”

Chicago just made history by electing its first ever black female and openly gay leader of the city.

Shortly after her victory, Lightfoot told the crowd at her campaign celebration that she wants to remake Chicago.

“Now that it’s over I know that we will work together for the city that we both love,” she said. “Today you did more than make history, you created a movement for change. Now we’re going to take the next steps together.

She passionately added: “Out there tonight a lot of little girls and boys are watching. They’re watching us. And they’re seeing the beginning of something, well, a little bit different.

“Now young queer women and women of colour can see themselves reflected in a position of major political leadership,” she said.

Lightfoot joins several other black women who have recently been elected to high-profile mayoral office in the United States, including Atlanta, New Orleans and San Francisco.

She will succeed Mayor Rahm Emanuel, who previously served President Barack Obama as his chief of staff.