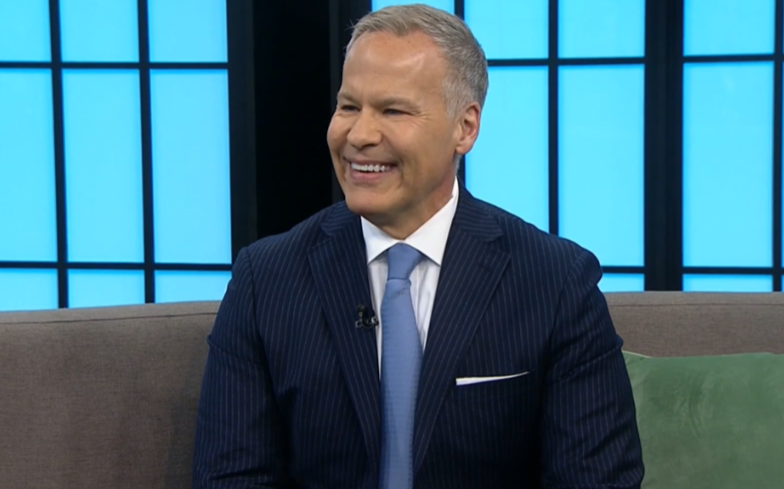 Leslie Roberts also said he had been prevented from coming out earlier.

He told viewers: “I want to live an authentic life, and I want everyone who is watching this morning to know that I’m a gay man, and have been [out] since 1989.”

He then added that when he initially came out, he was prevented from speaking about his identity. “This discussion is 30 years in the making, because when I did come out, we weren’t able to have this kind of discussion,” he said.

“Starting out in the TV news business, I was told if I shared it publicly, it would be career-limiting if not killing. But my friends and family have always known, I have been surrounded by people I love.”

Leslie then told viewers about his husband, Chris, who he married in 2015. “We got together almost 18 years ago, but never even dreamed we could get married because it wasn’t an option,” he explained.

“We got married four years ago, and I started my vows by paying tribute to those who came before us, and said we’re standing on the shoulders of those who struggled, who were harassed, who went to jail.

“Friends and family were in tears, and I could see how moved they were. To me, it’s not new, but I was like, wow, they really get it. They understand where we’ve come and that the fight is not over.”

Leslie ended the segment by explaining how LGBTQ lives could still be made better in Canada. “As we speak, conversion therapy is still legal in a lot of provinces of our country,” he told viewers.

“We have politicians running to be Prime Minister of Canada right now who don’t personally understand that gay marriage is equal marriage in the eyes of the majority of Canadians.

“I find it really tough, because if you said, ‘I don’t believe in mixed marriage’, we wouldn’t stand for it.”