Lil Nas X reveals he is single again: “I don’t want to fall in love” 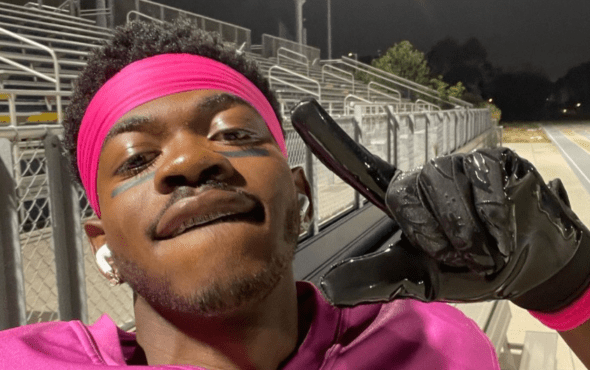 Lil Nas X has revealed that he is single again after breaking up with the boyfriend he thought was “the one”.

The Old Town Road hitmaker previously told Variety that he thought the relationship he was in was for the long haul.

“I’ve had some good boyfriends and some bad ones,” he said at the time. “A lot of them were emotionally unavailable or had a lot of insecurity and whatnot.

“I’ve found someone special now. I think this is the one. I can’t explain it — it’s just a feeling.”

The 22-year-old has since revealed that things didn’t work out in an interview with Andy Cohen for Radio Andy on Sirius XM on 28 September.

“I was seeing someone, [but] I kind of decided I don’t want to anymore,” Lil Nas X shared.

The Industry Baby singer hinted that there are “for sure a couple of people,” but that a relationship isn’t his main goal at the moment.

“Maybe I’m floating around right now,” he told Cohen. “I just want to work on music, and every now and then, you know, maybe I’ll kiss a guy every blue moon.”

“I’m at this point in my life where I finally realised that I don’t want to fall in love,” Lil Nas X continued. “I’m so focused on my music career, and love takes a lot of time. It’s a lot of responsibility, and I don’t think I’m ready to have that extra responsibility on my shoulders right now. When it happens, it’s going to happen.”

Also on the record is former Hannah Montana star Miley Cyrus, who features on its closing track Am I Dreaming.

You can listen to Montero below or by clicking here.