LGBTQ youth homelessness is a big problem, so here’s how you can help someone in need 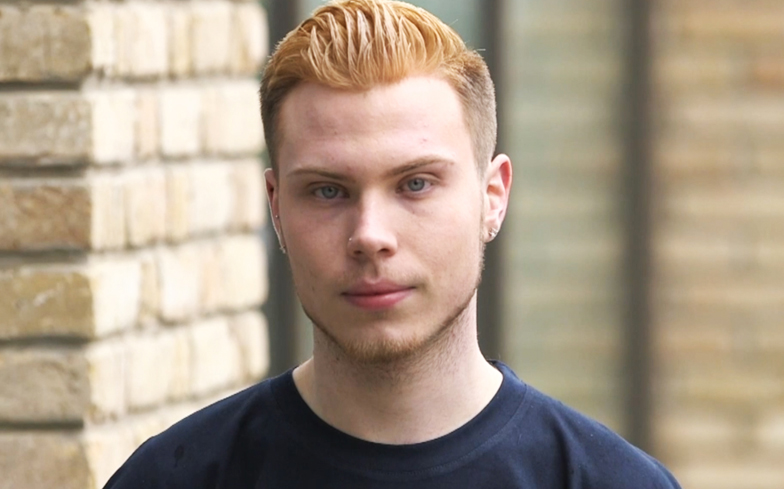 As we continue to celebrate all that is great about the LGBTQ community during Pride parades across the world, it should also be a time to raise awareness and help those out there who are most vulnerable.

The Albert Kennedy Trust provides safe homes, mentoring, training and support to young people 16-25 who are homeless or at risk of homelessness following coming out in the UK.

The charity recently launched its #NoRoomForHate campaign, which highlighted that a shocking 24% of youth facing homelessness today in the UK identify as LGBTQ.

Of those, 77% reported that they experienced rejection and abuse at home just from being brave enough to come out to their parents.

The Albert Kennedy Trust is there to help these young people, like they did with James who, in this video you can watch exclusively here on Gay Times first, used the charity’s services to get a new home and a new job.

“Being put in tricky situations like becoming homeless or needing someone to talk to in certain situations, I always believed there was no one there for me,” James explains.

“I always felt lonely. I didn’t have no one to speak to. You have your family but your family don’t really understand everything all the time.”

James recalls how one of the Albert Kennedy Trust caseworkers called him within two to three days, which reassured him that someone was there ready to help him.

But then things got worse for James.

He managed to find somewhere to live and emailed the caseworker to update them on his situation. They immediately gave him the opportunity to stay in a hostel, or be referred to a housing list.

James was then offered the Rainbow Starter Pack, which is designed to give a young LGBTQ homeless person enough funds to start a new life somewhere.

From there, James managed to move into a new double room and get himself a new job, getting him off the streets and into a safe environment where he can build a new life for himself.

“Our No Room For Hate campaign is an important reminder that whilst the sun is shining and we are celebrating Pride season, young people still face the risk of homelessness and abuse just for being brave enough to come out to their families,” said Tim Sigsworth MBE, Chief Executive of AKT.

“Please support us and help prevent lifetimes of homelessness by donating and sharing our campaign this summer.”

You can find out more information about the Albert Kennedy Trust’s #NoRoomForHate campaign here.

You can also support the charity directly by texting NRFH to 70660 to start a £5.00 monthly gift (and you’ll receive a snazzy AKT metal badge). Reply STOP to opt out. Call 0207 831 6562 with any questions. You will be charged £5 plus one message at your standard network rate per month. AKT will receive 100% of your donation.