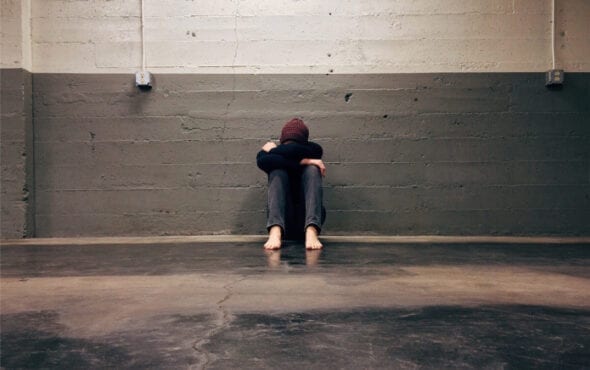 According to a new independent study from Just Like Us, young LGBTQ+ people are three times more likely to self-harm and twice as likely to contemplate suicide than their non-LGBTQ+ peers.

Alarmingly, seven in 10 (68%) young LGBTQ+ people have experienced suicidal thoughts and feelings compared to 29% of young people who don’t identify as part of the community.

The mostly likely queer people to have experienced suicidal thoughts are lesbians at 74% and transgender people at 77%.

A third (31%) of LGBTQ+ youth have self-harmed, according to the study, a vast comparison to the 9% of non-LGBTQ+ young people.

It will form part of a larger report into inclusive education and the experiences of queer students, which will be published in full next month.

One in 10 (9%) of young LGBTQ+ people said they have “never” felt good about themselves in the past 12 months, compared to just 5% of their non-LGBTQ+ peers.

LGBTQ+ students are also three times likely to feel useful, as only 12% said they have felt useful on a daily basis over the past year. Again, this is a major difference from the 30% of non-LGBTQ+ students.

This data follows their recent findings that LGBTQ+ youth are three more times likely to have an eating disorder and twice as likely to worry about their mental health during the coronavirus pandemic.

Dominic Arnall, Chief Executive of Just Like Us, called for students and parents to send a positive message of acceptance to their LGBTQ+ pupils.

“Our independent research has devastatingly found that LGBT+ young people are three times more likely to self-harm and twice as likely to have suicidal thoughts and the reality is even tougher for Black LGBT+ young people – without a doubt, they need a positive message of acceptance from their schools,” said Arnall.

“School Diversity Week is taking place 21-25 June and we really encourage primary schools, secondary schools and colleges to sign up to take part – it’s completely free, we provide all the resources you’ll need and it will let LGBT+ pupils know that they belong and can be themselves without fear of judgement.