These LGBTQ students stripped off to talk about their body image 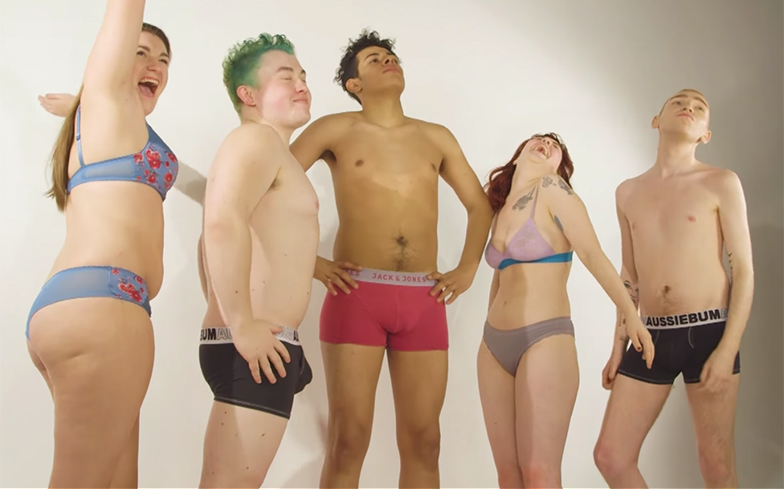 Are you happy with your body?

These five LGBTQ students decided to answer that very question by stripping down to their underwear (don’t worry, it’s safe for work) and discussing the way they feel about their own bodies.

Charlie Ann Mathers, who took part in the video, said: “It’s quite nerve-wracking standing in front of a camera rig, lights and a group of people that have never seen you in less than a woolly jumper.

“But it was honestly one of the most liberating things I have ever done. By the end of it I was dancing around in my pants, and there were even some happy tears.”

Each person that took part in the video was asked to share their favourite body parts, encouraging them to love themselves, and then they offered their own advice for accepting the body that you’re in.

“Whenever I get out the shower or in my boxers in front of a mirror, I’ll just look at myself. And accept that what I see is me, and I’ve got to love it,” explained Corey Wiseman, a bisexual guy who also took part in the video.

“You can’t spend your whole life hating something that you can’t really change. Your body is malleable to a degree, but fundamentally it’s not gonna change. So, you just gotta get used to it and enjoy what you see in front of the mirror.”

They’ve also announced a Bisexual+ Panel to take place on the Saturday, which will feature frank discussions about biphobi and bi erasure from journalist Nichi Hodgson, Jen Yockney MBE, and two more guests.

National Student Pride will take place at the University of Westminster from 9-11 February, and will bring together over 1,700 students from universities around the country for debates, panels and performances.